Guess Who Is Buying Up Farmland All Over The United States? 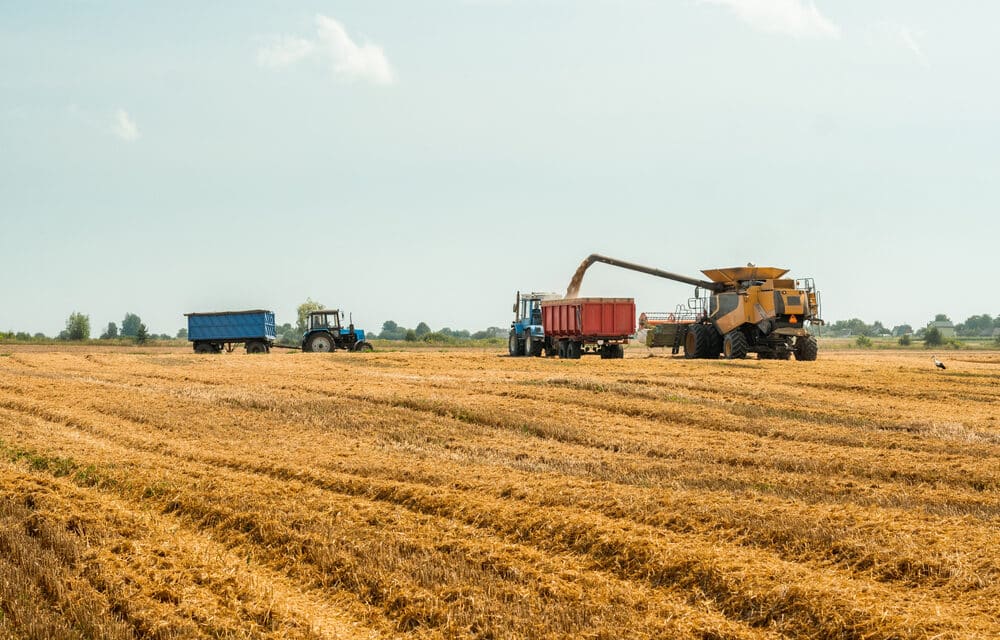 (OPINION) Those that control our food supply wield an immense amount of power. Small family farms have been integral to the success of the United States all throughout our history, but now such farms are being gobbled up at a staggering pace.

Corporate behemoths, foreign interests, and eccentric billionaires are voraciously buying up farmland, and many consider this development to be extremely alarming. The farming industry is being systematically consolidated, and a lot of people have pointed out that some of the new owners may not have our best interests at heart. This needs to become a major political issue, because our national security is truly at risk.

This week, the purchase of “hundreds of acres of North Dakota farmland” just 20 minutes from one of our most important Air Force bases is making headlines all over the world… A Chinese company purchased hundreds of acres of North Dakota farmland mere minutes from a major US Air Force base, prompting national security fears as the communist country adds to its nearly 200,000 acres of US agricultural land worth $1.9 billion.

The China-based food producer, Fufeng Group, plans to build a corn-milling plant on its newly acquired 300 acres of land in Grand Forks, just 20 minutes down the road from the Grand Forks Air Force Base, where some of the nation’s most sensitive drone technology is based.

The Fufeng Group insists that there are no ulterior motives for this purchase. But is it really wise to allow the Chinese to set up shop so close to a base that is being described as “the backbone of all US military communications across the globe”?… The purchase raised suspicions from military officers, national security experts and lawmakers alike.

The move could give China unprecedented access to the goings-on at the Air Force base, which also has a space-networking center that’s been characterized as ‘the backbone of all US military communications across the globe,’ according to CNBC.

Personally, I think that we are absolutely nuts to allow this to happen. If the shoe was on the other foot, the Chinese would never even think of compromising their national security in such a manner. And allowing the Chinese to gobble up big chunks of our best agricultural land is absolutely inexcusable. According to U.S. Senator Kevin Cramer, China has been “continually buying up more and more of the U.S. food supply chain”…

“On the farm side, we see China continually buying up more and more of the U.S. food supply chain. Now, we grow a lot more food than we consume and we’re happy to sell it to hungry people around the world. We’re very good at that.

But when the supply chain becomes more captive, not only to foreign ownership but to foreign adversaries like China who have demonstrated that they’re not to be trusted with supply chains. We just went through a pandemic that exposed a lot of that. I’m just not very comfortable with the Chinese Communist Party controlling so much of our supply chains. Food supply, energy supply, pharmaceutical supply, those are all that’s all part of national security.”

As of three years ago, the Chinese had already accumulated 192,000 acres of U.S. farmland. We have not been given a more recent figure than that, but what we do know is that the Chinese spent a whopping 6.1 billion dollars on real estate in the United States during one recent 12-month period… Florida Gov. Ron DeSantis has vowed to crack down on “undue influence from rogue states” like China in response to Chinese businesses reportedly buying up large tracts of farmland.

DeSantis was asked about a recent report by the National Association of Realtors which found that Chinese real estate investors spent $6.1 billion on American real estate over a 12-month period that ended in March — more than any other group of foreigners. Why would we allow something like this to happen? Nobody else should be allowed to purchase our farmland.

Other countries have such laws, and we should too. On another note, at just about the same time the Chinese were making their new purchase of farmland in North Dakota, an extremely well-known billionaire was making an even larger purchase in the same state… Bill Gates’ $13.5 million investment in 2,100 sprawling acres of North Dakota land has raised questions — as the purchase coincided with a controversial Chinese company buying 370 acres of farmland just 40 miles away.

Why does Bill Gates just keep buying more farmland? We have never received a satisfactory answer to that question. At this point, Bill Gates owns more acres of farmland in the U.S. than the Chinese do. In fact, Bill Gates has become the “largest private farmland owner” in the entire country… Rep. Dusty Johnson (R-S.D.) sent a letter to House Agriculture Committee chairman David Scott (D-Ga.), requesting that Microsoft co-founder Bill Gates testified before the committee regarding the billionaire’s large farmland purchases. READ MORE