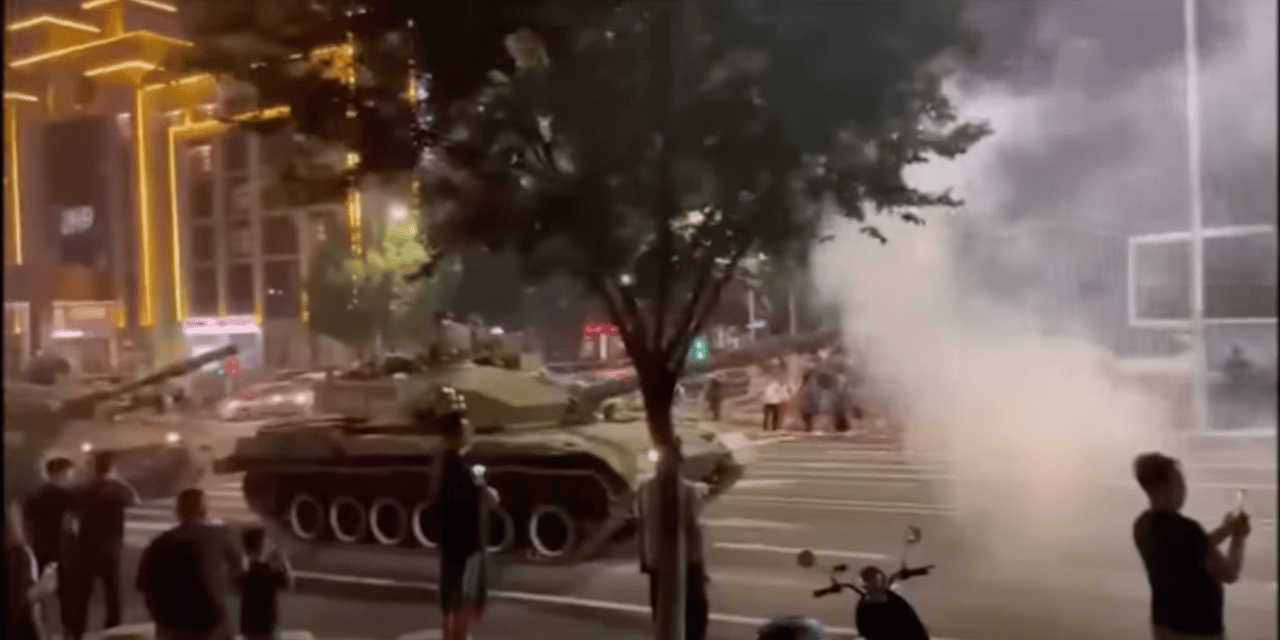 In a grim reminder of the 1989 Tiananmen Square Massacre, armored tanks were seen deployed on the streets of China amidst large-scale protests by people demanding the release of their savings frozen by banks.

The country’s Henan province has been for the past several weeks witnessing clashes between police and depositors with the latter saying they have been prevented from withdrawing their savings from banks since April this year.

Fresh videos have surfaced online in which Chinese Peoples Liberation Army (PLA’s) tanks can be seen deployed on the streets to scare protestors. Large-scale protests are being held in the province by bank depositors over the release of their frozen funds.

As per the reports the tanks were out on the streets to protect the banks and prevent locals from reaching the banks. The episode comes in the wake of an announcement by the Henan branch of the Bank of China that savings of depositors in their branch are “investment products” and cannot be withdrawn.

This incident is now posing a serious question if the history is set to repeat itself. This is a grim reminder of China’s repressive crackdown of 4 June 1989, Tiananmen Square massacre, which was carried out when Chinese leaders sent in tanks and heavily armed troops to clear Beijing’s Tiananmen Square, where student protesters had gathered for weeks to demand democracy and greater freedoms.

The crackdown, which killed hundreds, if not thousands, of unarmed protesters, is shunned in classrooms and strictly censored in the media and online. On the 33rd anniversary of the Tiananmen Square crackdown, the world recalled the courage of the famous Tank Man who stood firm in front of an army, the image of which led to becoming one of the symbols of 20th century.

After a protest in Henan’s capital, Zhengzhou, turned violent, authorities say they will start releasing money in batches to to depositors who have had their funds frozen by several rural banks, with the first due on 15 July. Only a handful of depositors have received the payments, posing a serious question on whether banks have anything to spare.

As per a notice issued by Henan Provincial Financial Supervision Bureau, some bank depositors in Henan villages and towns were supposed to get their deposits back on 15 July.

However, non-mainstream media believe that only a few handfuls of depositors have made these payments. Chinese state media has also not posted anything about the repayment.

Non-mainstream Hong Kong media also believes that at such a time when stability is emphasized most and stability is in Chinese President Xi Jinping’s interest, allowing such incidents to get bigger (such as the Zhengzhou bank protests) shows that these banks really do not have money to spare, at least not until the issues are resolved. READ MORE