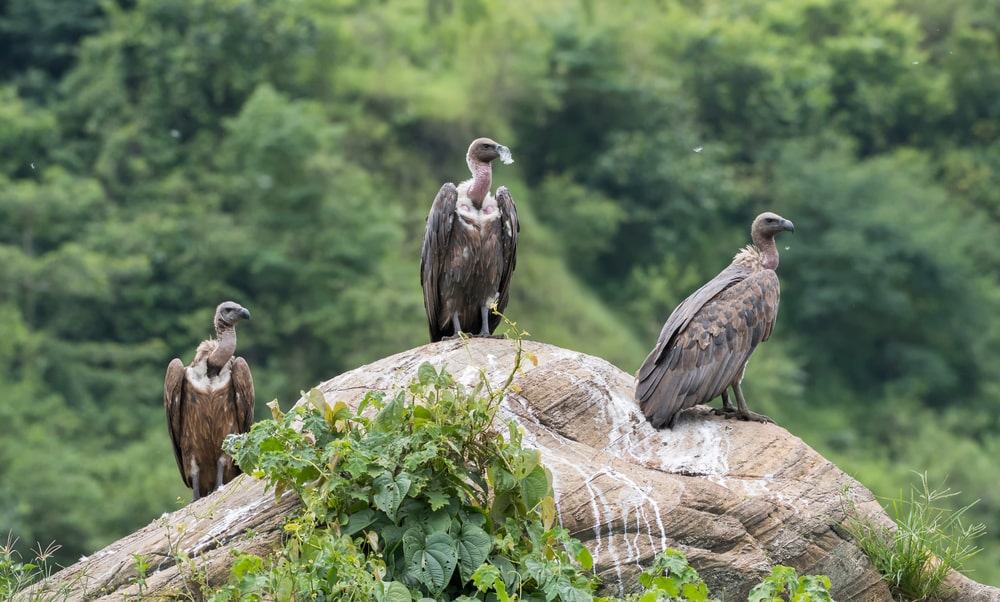 A catastrophic decline of vulture populations in Africa and Asia is causing alarm among researchers, who fear that a “cascade” effect could lead to the spread of deadly old and new diseases, including plague, anthrax, and rabies.

For thousands of years, the birds have been synonymous with death and gluttony. “Where the corpse is, vultures will gather,” Jesus is quoted as saying in Matthew 24. But in reality, the birds serve us in ways that we are only just beginning to understand – helping to keep ecosystems and pathogens in check.

If the lion is the king of the savannah, the vulture is the hardworking, unsung groundskeeper. A flock of vultures can wipe a dead antelope clean in about 20 minutes, stopping the carcass from turning into a toxic soup leaking into water sources. Maggots and bacteria are the only things more effective at disposing of dead meat.

The birds’ digestive systems are thought to be tough enough to stop bacterial colonies of the plague, anthrax, and botulism in their tracks. Some researchers believe vultures indirectly keep rabies infections in check by depriving rats and feral dogs of bountiful food. Certain species may even help disinfect the ground near carcasses with their highly acidic excrement.

But now, many vultures and other raptor species are diving beak first into the abyss. In the 1990s, vulture populations on the Indian subcontinent plummeted by about 99 percent. Seven out of eleven of the species found in Africa are now on the verge of extinction.

“Vultures and other medium to large raptor species are probably the most threatened group of vertebrates on the planet,” said Shiv Kapila, director of the Naivasha Raptor Centre, 60 miles from the Kenyan capital. “The rate of decline is staggering. We still don’t know nearly enough about what all this means. We’re working on borrowed time,”

“If you screw up natural equilibriums that have developed over tens of millions of years, you can get what we call a trophic cascade effect,” he added, reaching up and giving Yusef, a seven-year-old Rüppell’s vulture with a broken wing, a helping hand down from the ledge.

“If you get rid of a hugely important component of an ecosystem – like a vulture which hoovers up dead meat – diseases can proliferate because they’re not being kept in check,” Mr. Kapila said.