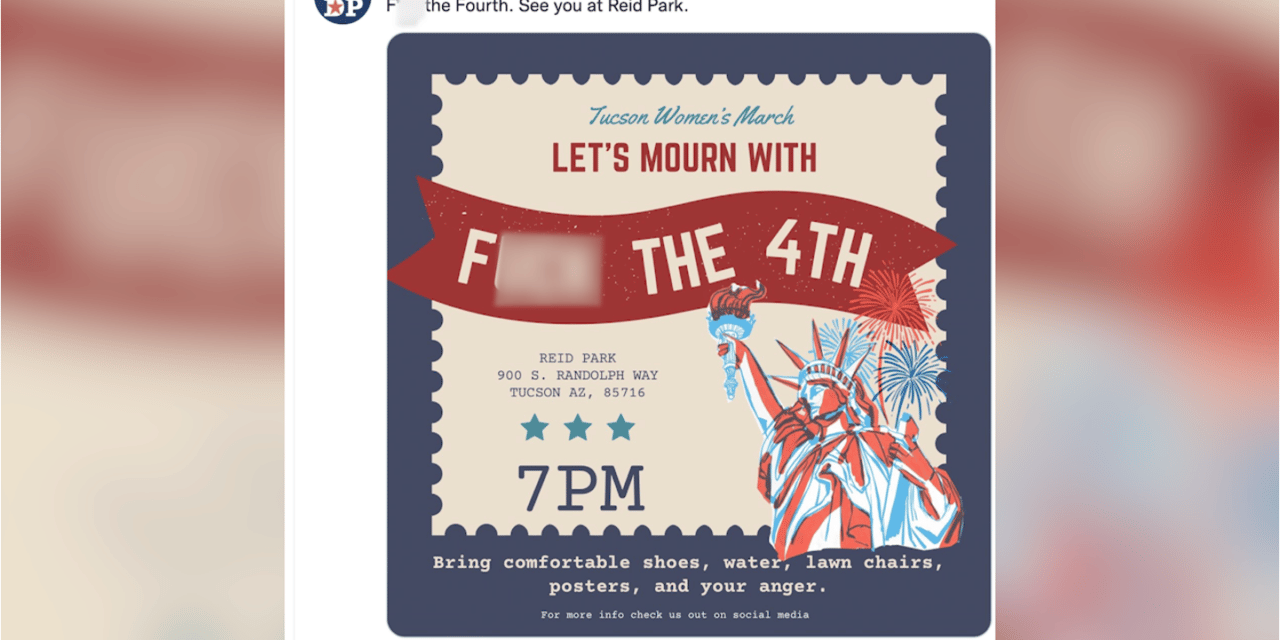 “PCDP posted a graphic advertising a women’s march which, we agree, was in poor taste. We were eager to share the event, and in our haste we used the graphic provided by the event organizer. That was a mistake, and we will do better,” the Pima County Democratic Party tweeted.

“Make no mistake, however. We support the event which will be on July 4 at 7 pm at Reid Park. The event was organized to help women in our community grieve for the loss of their bodily autonomy, which we consider an elemental right.”

The Tucson Women’s March has posted multiple retweets of other users tweets with the hashtag “#F–kthefourth.” “This July4th won’t be the same, it will be a solemn occasion. We have lost rights,” one retweet states. “I will not celebrate a country that doesn’t recognize my rights to my own body,” states another.