WORMWOOD? Roaming star could rain millions of comets down on Earth in a future Doomsday 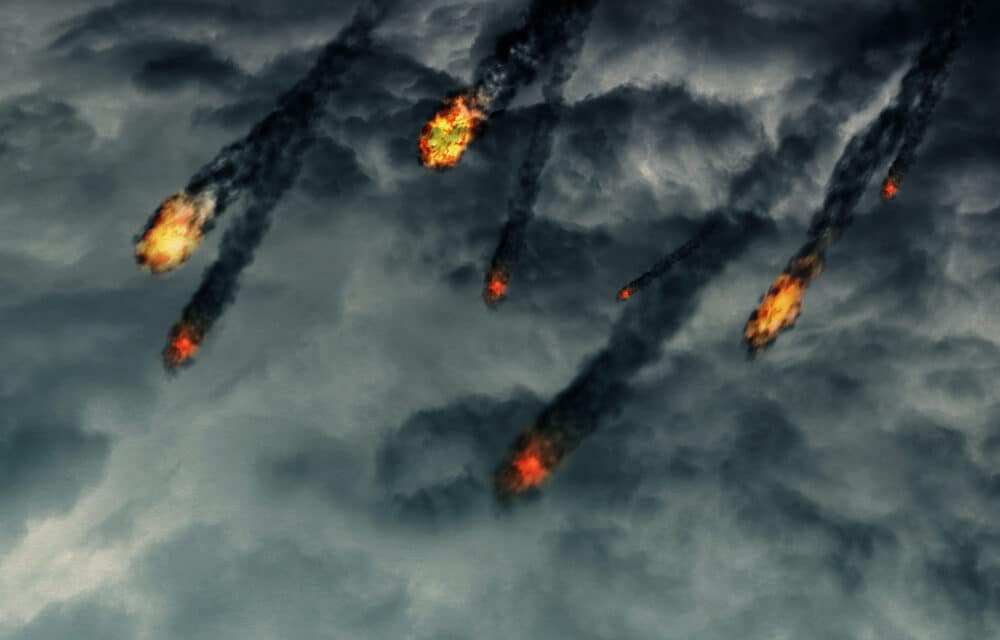 (OPINION) Earth could be peppered with deadly wayward comets in just over a million years’ time when a wandering star enters the outer reaches of the Solar System. Popular culture is full of cosmic doomsday scenarios, many of which involve scientists detecting a large asteroid hurtling towards Earth.

Comets, huge chunks of ice and dirt that encompass the entire solar system in a huge sphere known as the Oort Cloud, are perhaps less prominent in fictional disasters. This could be set to change in the far future.  Currently, Earth’s closest star apart from the sun is called Proxima Centauri, located about 4.25 light-years away. But our galaxy is a dynamic, ever-changing place, and in about a million years Earth will have a new, much closer stellar neighbor.

Fortunately for Earth, and any life that may still live on it at that point, Gliese 710 itself won’t directly harm us at that distance. However, the star’s pass could still have catastrophic effects.

At 0.06 light-years, Gliese 710 will pass through the Oort Cloud, disturbing countless comets as it does so. Many of them may be flung out into deep space. Many others will be sent hurtling towards the inner Solar System. When that happens, asteroids could pale in comparison.

“For the same mass, comets would result in ten times the damage to Earth compared with an asteroid,” Professor Brad Gibson, director of the E.A. Milne Centre for Astrophysics at the University of Hull, told Newsweek.

“The early formation phases of the planets saw such cometary impacts occur more regularly; there had been much debate as to whether the impact event which wiped out most of the species on Earth 65 million years ago, including the dinosaurs, was a comet or an asteroid. Consensus seems to be it was an asteroid now, but real concerns exist as to the future of Earth.

“In only one million years, a star similar to the sun called Gliese 710 will actually enter our Solar System and pass slowly through the Oort Cloud of comets. The effect of this passage will be to shake loose upwards of ten million comets which are predicted to rain down on the inner solar system.

“We have Jupiter which will hoover up many of these, much like it did in 1994 when it hoovered up Comet Shoemaker/Levy before it could come any closer to us, but the sheer numbers are such that if anything astrophysical has the potential to utterly destroy our biosphere, it will be one of these millions of comets which will be coming our way in only one million years’ time!”