Scientists have crafted living skin for robots, further blurring the line between human and machine 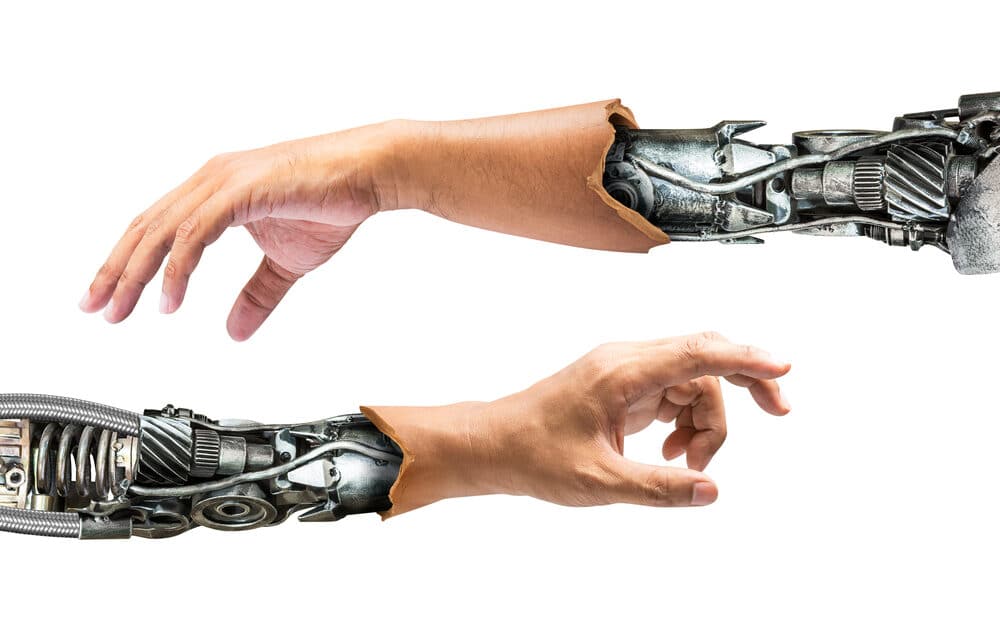 Technologies are blurring the line between humans and machines. Now, scientists are taking the next step: developing human-like skin for robots. Though it sounds like the stuff of science fiction, in a study published Thursday in the journal Matter, researchers described how they developed skin tissue for robots that looks and moves just like ours.

“We have shown that living skin tissue can be used as a coating material for robots,” Shoji Takeuchi, an engineer at the University of Tokyo and lead author of the study, told Insider. “This result has the potential to make robots look more human-like.”

According to Insider, To craft the skin, the team first submerged a robotic finger in a cylinder filled with a solution of collagen and fibroblasts — two main components that make up skin, the human body’s largest organ. Using living cells also endows robots with the biological functions of skin, such as its ability to self-repair and repel water.

The research team sees a variety of potential uses for this technology, like helping engineers create more nimble and human-like prosthetics and aiding in the development of cosmetics and pharmaceuticals for skin.

According to Takeuchi, the “skin” is 1.5 mm in thickness (or 0.06 inches) and made only of epidermis and dermis — the top two layers of skin in the human body. “It does not look perfectly like skin,” Takeuchi said, adding that it lacks some advanced skin features like sensory neurons, hair follicles, nails, and sweat glands.

“However, as the robot moves, the skin stretches and contracts, revealing wrinkles; my personal impression is that it is much more realistic than silicone,” Takeuchi said. According to him, silicone is currently the preferred material used to craft artificial robotic skin.

Robotic experts have been trying to create more human-like robots for years, but they haven’t been able to achieve real skin that can conform to uneven surfaces like the body of robots. “You have to have the hands of an artisan who can cut and tailor with skill” in order to mold flat skin sheets to the contours of a three dimensional machine, Takeuchi told Insider. “We established a tissue molding method to directly mold skin tissue surrounding the robot, which resulted in seamless skin coverage on a robotic finger with an uneven surface.”

Still, Takeuchi said the developed skin is weaker than natural skin and, because it is living tissue, needs a constant supply of nutrients and waste removal. To that end, Takeuchi and his team plan for their follow up studies to explore how the tissue can survive for longer, as well as include more sophisticated skin structures like hair follicles and sweat glands.