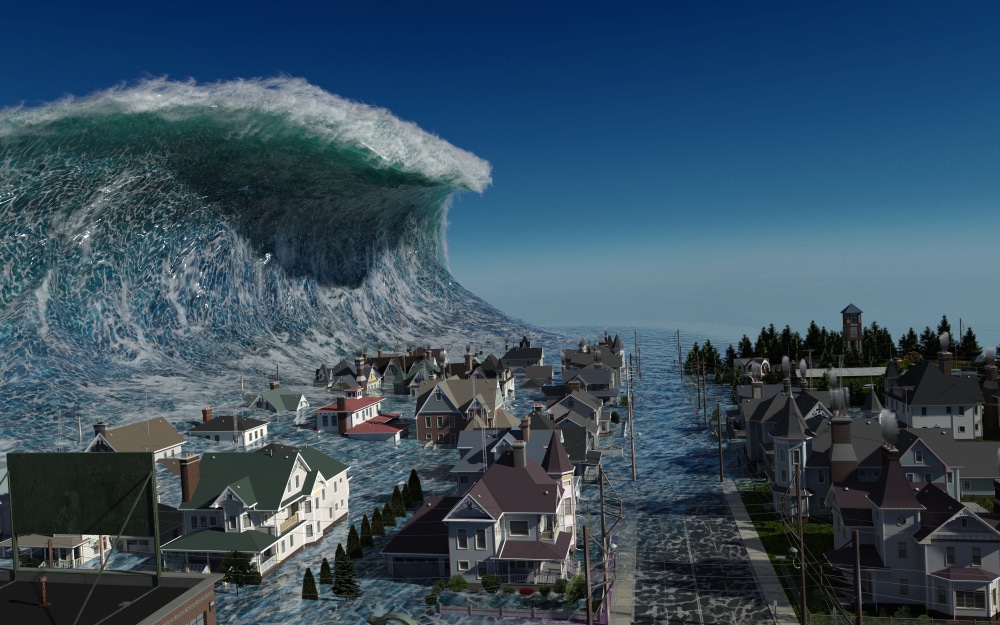 (OPINION) Scientists have long predicted a giant 9.0-magnitude earthquake that reverberates out from the Pacific north-west’s Cascadia fault and quickly triggers colossal waves barreling to shore.

But what if these predictions were missing an important piece of information – one that, in certain scenarios, could tell an even more extreme story? A new study, published last month in the peer-reviewed journal Earth-Science Reviews, points toward such a missing piece. Researchers revealed a previously unknown relationship between the severity of a tsunami triggered by an earthquake and something known as “the outer wedge”, the area between the main earthquake fault and the seafloor.

Sylvain Barbot, a co-author of the study, described the outer wedge as the “garbage bag of subduction zones”, the place where two tectonic plates crash into each other and can produce an earthquake, because it’s where sediment piles up. The researchers’ findings suggest that the wider it is, the larger the maximum size of the tsunami will be.

Barbot’s study found that projections for a 65-foot worst-case scenario tsunami in parts of Oregon are underestimated. “We would actually put it at twice that much,” he said. Barbot said there are lots of variables that can affect the height of a tsunami. Harold Tobin of the Pacific Northwest Seismic Network at the University of Washington is cautious about the idea of a giant tsunami.

“I think that’s an extreme case that’s really not very likely at all,” Tobin said. Tobin said the USC study took a global look at tsunami hazards, and more localized work is needed to understand the dynamics off the Northwest coast. “I would take a little bit with a grain of salt the numbers that are in there about the Pacific Northwest,” Tobin said.

There is active research to map the offshore wedge and how it would move during an earthquake. In the Northwest, the tsunami risk is greatest on the ocean beaches but there is a chance of much smaller tsunamis making their way here into Puget Sound.