DEVELOPING: Giant sunspot doubles in size over the past 24 Hours and is directed at Earth 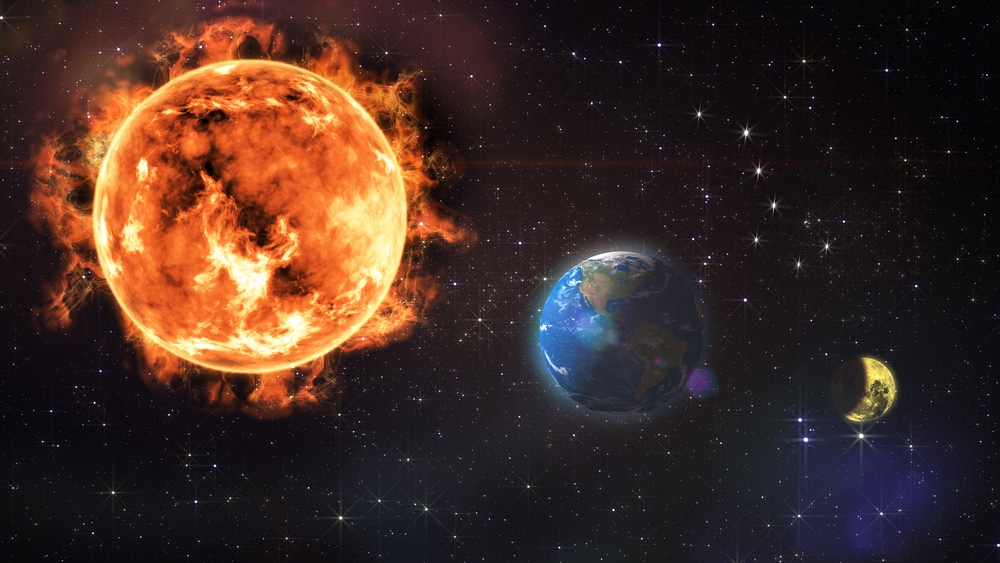 An enormous sunspot that has doubled in size in only 24 hours is now facing Earth—meaning it could send a solar flare our way. Sunspots are dark areas on the sun’s surface that are associated with intense bursts of radiation.

They appear dark because they are cooler than other parts of the sun’s surface. Sunspots are relatively cool because they form over areas where the sun’s magnetic fields are particularly strong—so strong that they prevent some heat within the sun from reaching its surface.

These tangled magnetic fields can sometimes suddenly reorganize themselves. When that happens, a sudden explosion of light and radiation is propelled away from the sun in the form of a solar flare.

According to Newsweek, The sunspot that has been growing in size recently is known as AR3038. Footage from NASA’s Solar Dynamics Observatory on Sunday shows how the sunspot has evolved over the past day or so, twisting and contorting. “Yesterday, sunspot AR3038 was big. Today, it’s enormous,” reads the SpaceWeather.com website. “The fast-growing sunspot has doubled in size in only 24 hours.”

The magnetic field associated with the sunspot means it could potentially send an M-class solar flare at Earth—the second-strongest type. However, it is not known whether this will be the case. As of Monday morning the National Oceanic and Atmospheric Administration’s Space Weather Prediction Center (SWPC) hadn’t issued any solar flare warnings.