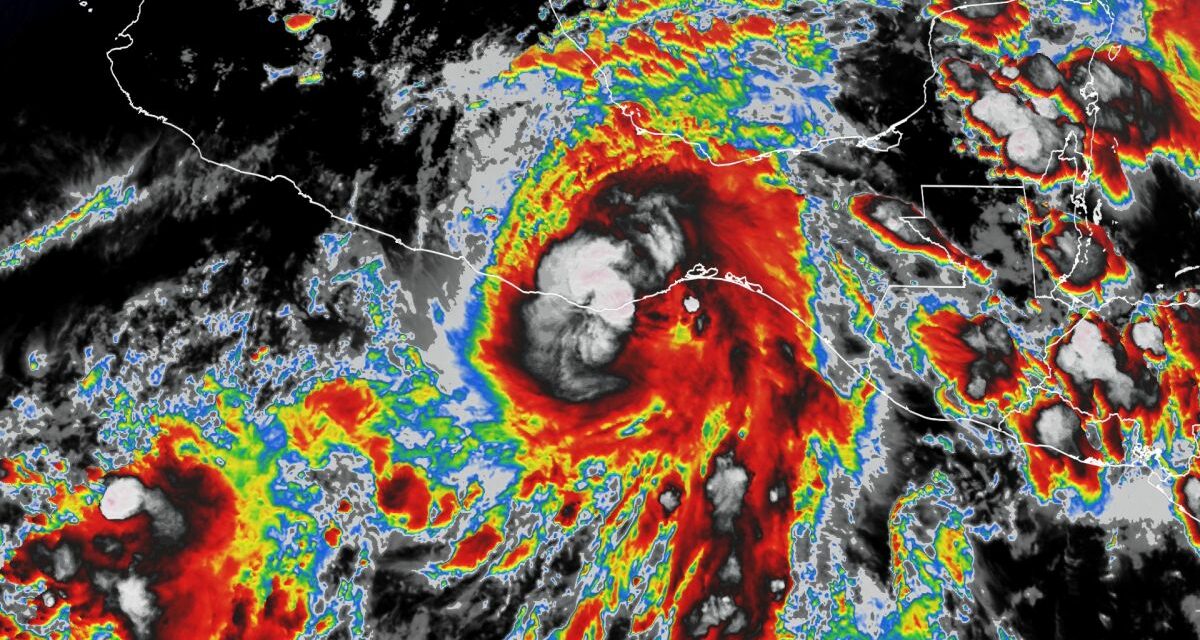 Hurricane Agatha, one of the earliest and strongest hurricanes on record to strike North America from the Pacific, made landfall in Mexico on Monday afternoon, forecasters said.

The storm arrived at 4 p.m. CT, landing about 25 miles south-southeast of the surfing mecca Puerto Escondido, with sustained winds believed to be as strong as 105 mph, according to the National Hurricane Center.

The tropical cyclone reached hurricane strength Sunday in the eastern North Pacific as it headed toward the Mexican Riviera, with the potential for flash flooding, heavy winds, mudslides, and flooding expected, U.S. forecasters said.

In Puerto Escondido, residents boarded up windows and moved some boats from harm’s way in the hours before landfall. “Thank God we still have time, and, as you can see, our colleagues are working to protect the boats,” said Rene Hernandez, a local fisherman. “We beg God for the hurricane not to be so strong.”

The storm nonetheless edited the record book, becoming the strongest May hurricane to make landfall on Mexico’s west coast since documentation began in earnest in 1949, according to the hurricane center.

“There is a lot of rain and sudden gusts of strong wind,” said Silvia Ranfagni, manager of the Casa Kalmar hotel in Zipolite. Ranfagni, who decided to ride out Agatha at the property, said, “You can hear the wind howling.”

In the surfing town of Puerto Escondido, people took shelter and put up plywood to prevent windows from breaking in the strong winds. The government’s Mexican Turtle Center — a former slaughterhouse turned conservation center in Mazunte — closed to visitors because of the hurricane.

Agatha formed only on Sunday and quickly gained power. It was the strongest hurricane on record to make landfall in May in the eastern Pacific, said Jeff Masters, a meteorologist with Yale Climate Connections and the founder of Weather Underground.

He said the region’s hurricanes typically get their start from tropical waves coming off the coast of Africa. “Since the African monsoon typically does not start producing tropical waves until early- or mid-May, there simply aren’t enough initial disturbances to get many eastern Pacific hurricanes in May,” Masters wrote in an email. “In addition, May water temperatures are cooler than they are at the peak of the season, and wind shear is typically higher.”