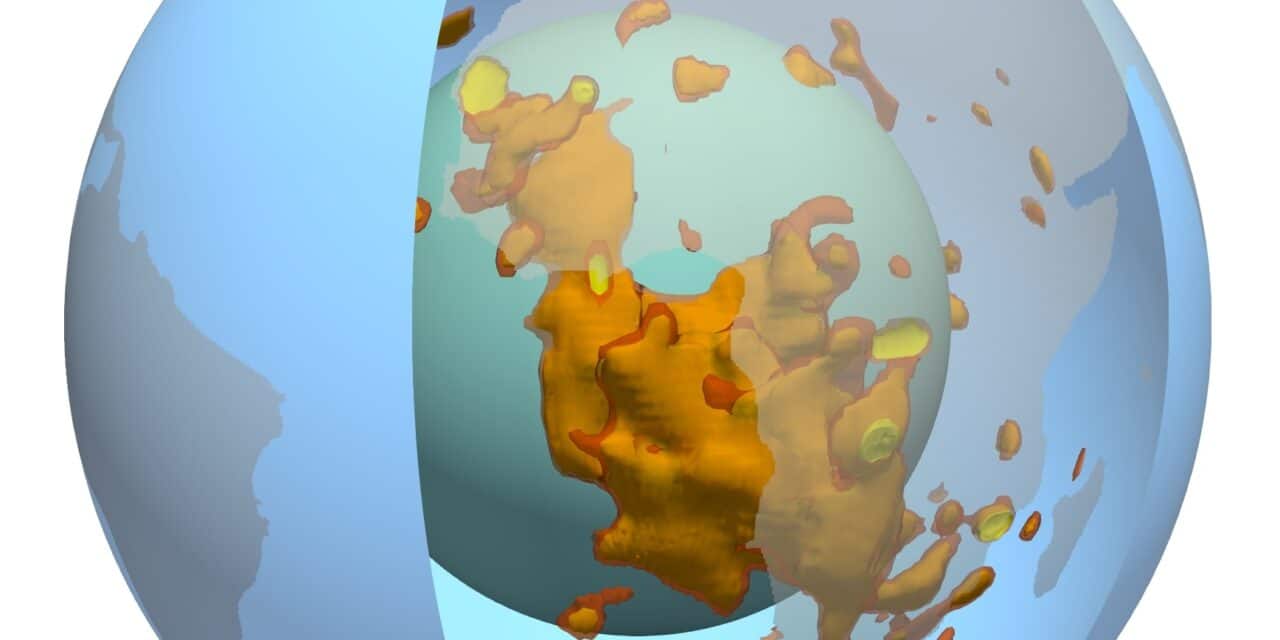 For years scientists have been scratching their heads over two unexplained massive blobs of rock under Earth’s surface. Many theories have been thrown around since their discovery in the 1980s, including claims that they could be huge fragments of an alien world.

The blobs of rock under Earth’s crust are each the size of a continent and 100 times taller than Mount Everest. One sits under Africa, while the other can be found under the Pacific Ocean. In pursuit of answers, a pair of experts have made some interesting new discoveries about the two gigantic masses.

As suspected, it turns out, the blob under Africa is a lot higher. In fact, it’s twice the height of the one on the opposite side of the world, measuring in about 620 miles taller. Crucially, scientists have found that the African blob of rock is also less dense and less stable.

It’s not clear why things are this way but it could be a reason for the continent having significantly more supervolcano eruptions over hundreds of millions of years, compared to its counterpart on the other side.

“This instability can have a lot of implications for the surface tectonics, and also earthquakes and supervolcanic eruptions,” said Qian Yuan, from Arizona State University. These thermo-chemical materials – officially known as as large low-shear-velocity provinces (LLSVPs) – were studied by looking at data from seismic waves and running hundreds of simulations.

While we now know they both have different compositions, we’re yet to work out how this affects the surrounding mantle, which is found between the planet’s core and the crust. And most importantly, we’re no closer to figuring out where these mysterious blobs came from.

“Our combination of the analysis of seismic results and the geodynamic modeling provides new insights on the nature of the Earth’s largest structures in the deep interior and their interaction with the surrounding mantle,” Yuan added.