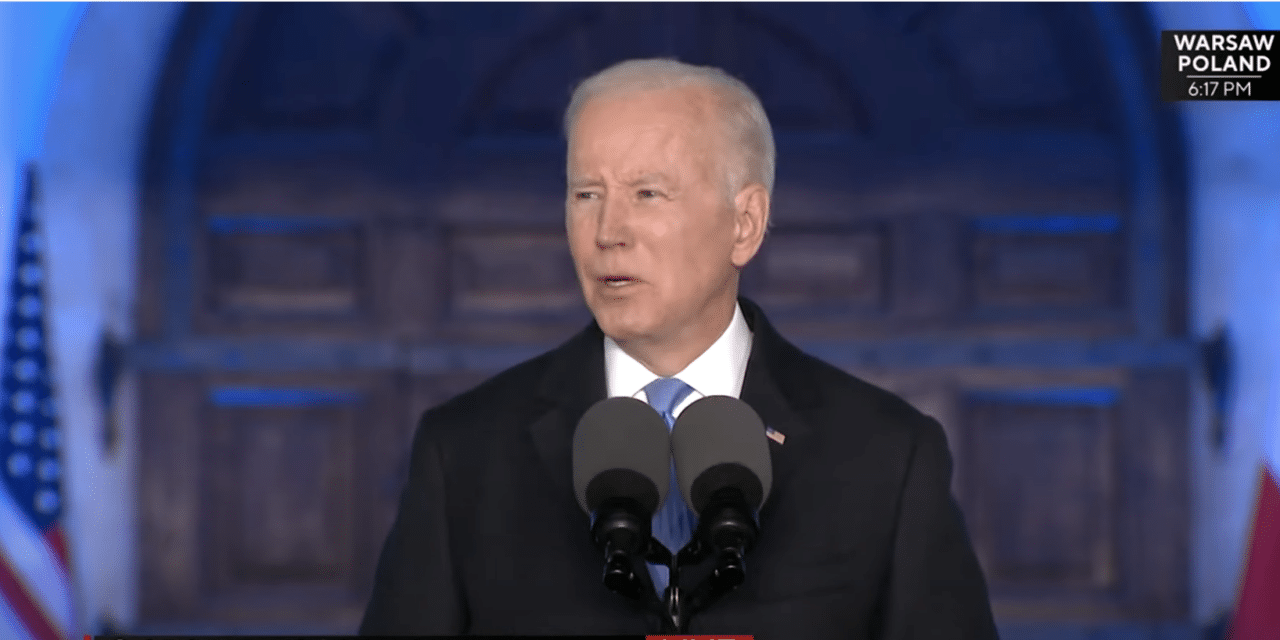 “A dictator, bent on rebuilding an empire, will never erase the people’s love for liberty,” Biden said at the end of a sweeping speech in Poland. “Ukraine will never be a victory for Russia, for free people refuse to live in a world of hopelessness and darkness.”

“For God’s sake, this man cannot remain in power,” Biden said. Biden has hurled invective at Putin throughout the crisis in Ukraine, labeling him a “murderous dictator” and a “war criminal,” but has previously stopped short of calling for his removal from power.

Later Saturday, a White House official attempted to clarify that Biden “was not discussing Putin’s power in Russia, or regime change,” but rather was making the point that Putin “cannot be allowed to exercise power over his neighbors or the region.”

It appeared to be the first time Biden has explicitly called for Putin’s removal and would mark a sharp contrast from prior statements from the White House, which have emphasized that regime change in Russia is not the policy of the United States.

Shortly after Biden’s address, however, the White House denied that Biden was calling for regime change. “The President’s point was that Putin cannot be allowed to exercise power over his neighbors or the region. He was not discussing Putin’s power in Russia, or regime change,” a White House official told Fox News Digital shortly after the speech concluded.

The remark came at the end of an address in which he took a strong line against the Russian incursion into Ukraine — calling the aggression “nothing less than a direct challenge to the rule-based international order established since the end of World War II.”

In the speech, in which he referenced Polish Pope St. John Paul II and former president Lech Walesa, he also gave a stark warning to Putin about any potential move into the territory of NATO allies, including Poland.