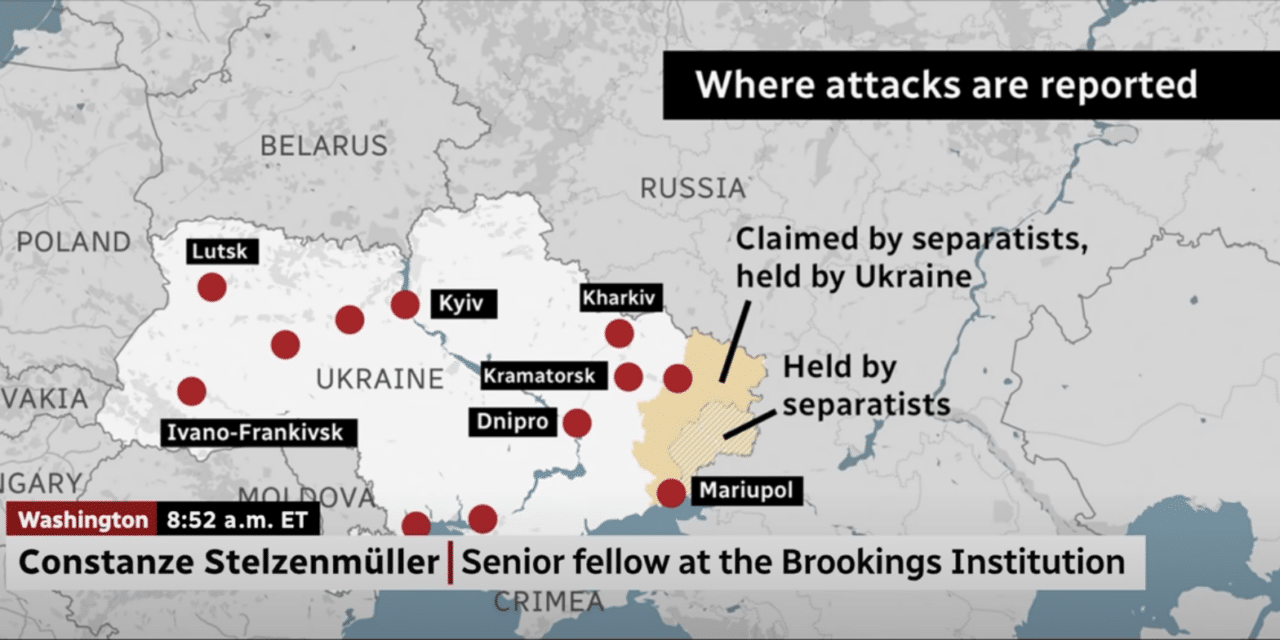 Ukraine’s Volodymyr Zelensky has raged at Western cowards after his country was ‘left alone’ to face Russian troops as officials warn that Kyiv will be seized this weekend. In a video address to his nation after midnight, the president called his fallen compatriots ‘heroes’ after 137 were killed on the first day of fighting, and insisted he will stay until the bitter end.

He said: ‘They’re killing people and turning peaceful cities into military targets. It’s foul and will never be forgiven. ‘We have been left alone to defend our state. Who is ready to fight alongside us? I don’t see anyone.

‘Who is ready to give Ukraine a guarantee of NATO membership? Everyone is afraid.’ He added that the enemy has already entered Kyiv and urged residents to be vigilant and observe curfew rules, acknowledging he was ‘target number one. Three US officials earlier on Thursday told Newsweek they expect Kyiv will be taken by Russian President Vladimir Putin within 96 hours. Putin’s statement of a ‘special military operation’ to ‘demilitarize’ Ukraine reflects his intention to encircle Ukrainian forces and make them surrender or face being destroyed, the officials said.

Ukraine’s leadership may be toppled in about a week, they added. A former senior US intelligence officer with extensive experience on Russia echoed the assessment of the three US officials. ‘After the air and artillery end and the ground war really starts, I think Kyiv falls in just a few days,’ the former intelligence officer told the magazine.

‘The military may last slightly longer, but this isn’t going to last long.’ More than 60 Russian battalion tactical groups numbering between 30,000 and 60,000 troops have been sent to Ukraine, according to a Ukrainian Armed Forces statement reported by Sky News. As Ukraine endured a Russian assault from the air and its north, east and south borders, its people fought back.