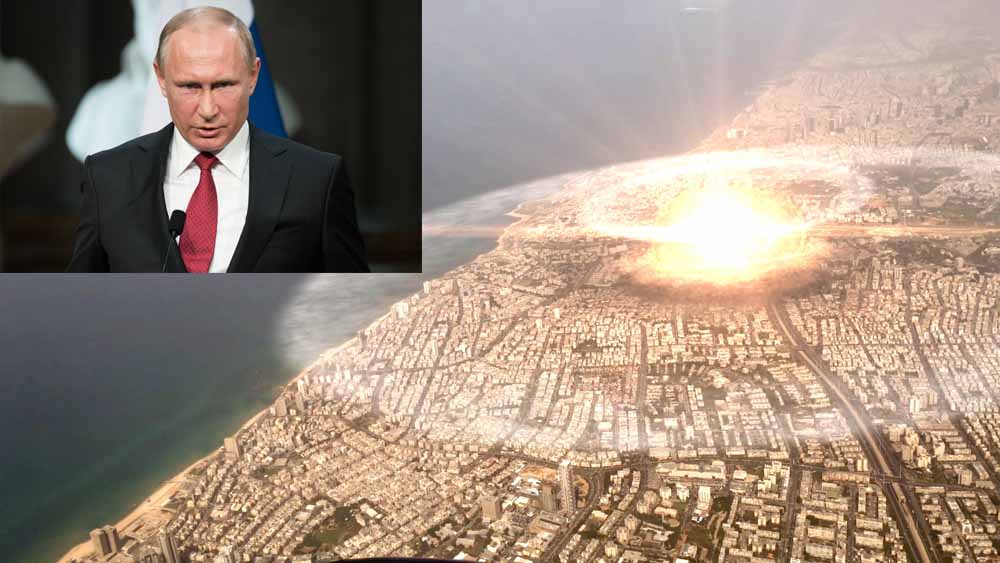 The move signals tensions could boil over into a nuclear war. “He is right now threatening a nuclear escalation,” said former DIA intelligence officer Rebekah Koffler. “This a veiled threat – or maybe such a veiled threat – he just met with his chief of general staff and minister of defense.

He is escalating the conflict into the nuclear domain in order to de-escalate – that is topple Kyiv’s regime quickly.” Putin spoke at a meeting Sunday with his top advisers and said NATO powers had made “aggressive statements” and that the West was imposing hard-hitting financial sanctions against Russia and himself.

The alert means Putin has ordered Russia’s nuclear weapons prepared for increased readiness to launch. He told the Russian defense minister and the chief of the military’s General Staff to put the nuclear deterrent forces in a “special regime of combat duty.”

“Western countries aren’t only taking unfriendly actions against our country in the economic sphere, but top officials from leading NATO members made aggressive statements regarding our country,” Putin said in televised comments. His order raised the threat that the tensions with the West over the invasion in Ukraine could lead to the use of nuclear weapons.

The Russian leader this week threatened to retaliate harshly against any nations that intervened directly in the conflict in Ukraine. Following its gains to the east in the city of Kharkiv and multiple ports, Russia sent a delegation to Belarus for peace talks with Ukraine, according to the Kremlin. Zelenskyy suggested other locations, saying his country was unwilling to meet in Belarus because it served as a staging ground for the invasion.