Economists are sounding the alarm as National debt reaches $30 trillion, Impact for Americans could have long term consequences 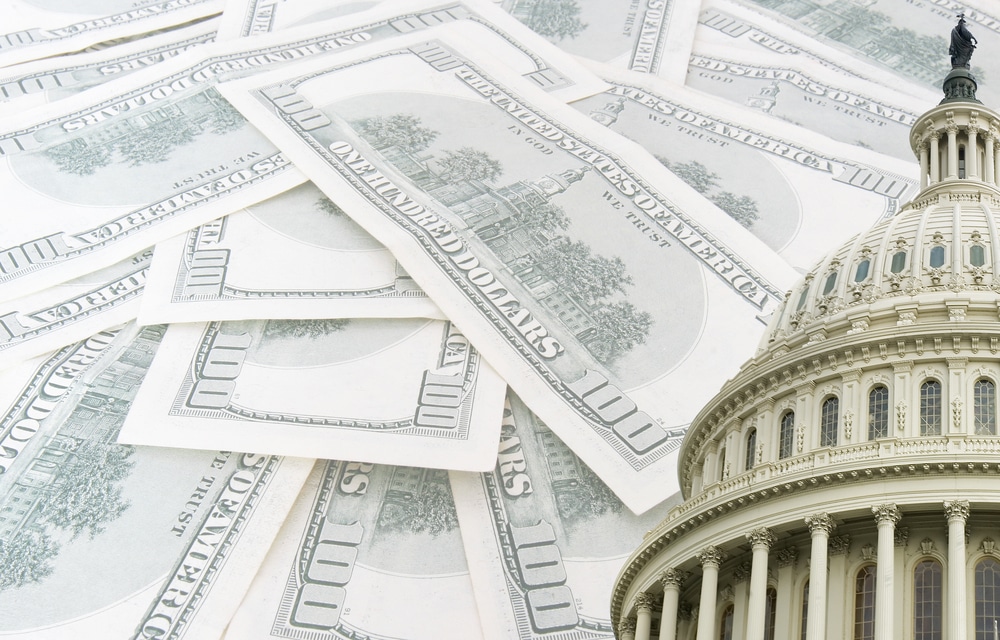 The national debt has surpassed $30 trillion for the first time Tuesday, fueled in part by the coronavirus pandemic and what economists describe as years of unsustainable government spending that could have long-term consequences for every American.

The federal government now owes $23.5 trillion in debt to creditors and another $6.5 trillion to itself. Debt to creditors soared by $1.5 trillion over the last year alone, according to the Peter G. Peterson Foundation, a nonpartisan organization focused on addressing the country’s fiscal challenges.

The breach of that threshold, which was revealed in new Treasury Department figures, arrived years earlier than previously projected as a result of trillions in federal spending that the United States has deployed to combat the pandemic. That $5 trillion, which funded expanded jobless benefits, financial support for small businesses, and stimulus payments, was financed with borrowed money.

The borrowing binge, which many economists viewed as necessary to help the United States recover from the pandemic, has left the nation with a debt burden so large that the government would need to spend an amount larger than America’s entire annual economy in order to pay it off.

Some economists contend that the nation’s large debt load is not unhealthy given that the economy is growing, interest rates are low and investors are still willing to buy U.S. Treasury securities, which gives them safe assets to help manage their financial risk. Those securities allow the government to borrow money relatively cheaply and use it to invest in the economy.

After many years of rock-bottom interest rates, the Federal Reserve is shifting into inflation-fighting mode. The Fed is planning to launch its first series of rate hikes since 2015. Higher borrowing costs will only make it harder to finance that mountain of debt.

“It doesn’t mean a short-term crisis, but it does mean we are going to be poorer in the long term,” said David Kelly, chief global strategist at JPMorgan Asset Management. Interest costs alone are projected to surpass $5 trillion over the next 10 years and will amount to nearly half of all federal revenue by 2051, according to the Peter G. Peterson Foundation, an organization focused on raising awareness to the fiscal challenge. Kelly pointed out that rising borrowing costs will limit how much money Washington can spend on other priorities like climate change.