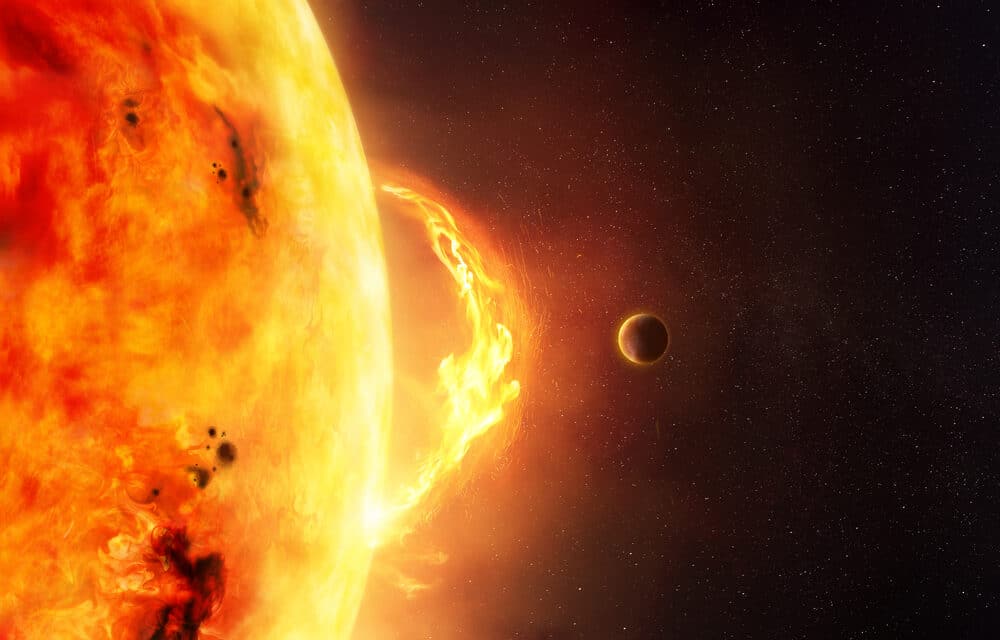 A recent major eruption on the far side of the sun created one of the largest coronal mass ejections (CME) in recent years, KTLA sister station KOIN reports. With an eruption of this magnitude, the Earth dodged a bullet — quite literally according to Jim Todd, the Director of Space Science Education at the Oregon Museum of Science and Industry.

“We saw a very large coronal mass ejection, which is a major storm on the sun,” Todd explained. “It happened on the far side, which is awfully good because it was enormous.”

Though the explosive CME is not expected to strike Earth, images captured by satellite and seismic mapping showing the sheer size of the eruption had many people talking, Todd said scientists estimate the flare stretched to roughly 400,000 kilometers, greater than the distance between the Earth and the Moon.

According to Todd, CME events of this magnitude are caused when the negative and positive charges within the electromagnetic field on the sun contradict, resulting in a powerful discharge or sunspots.

Todd said CME events and sun flares are not independently surprising, though the scale of this explosion would pose a serious threat to Earth, had our planet been in the direct line of fire. “So, what are we worried about, and why are we talking about this?” Todd posed. “If this storm was headed towards the Earth, it would cause a massive worldwide aurora effect, which some say would represent similarities to the 1859 Carrington Event.”