You’ll own NOTHING and be HAPPY: 1 in 4 Americans plan to quit their jobs in 2022 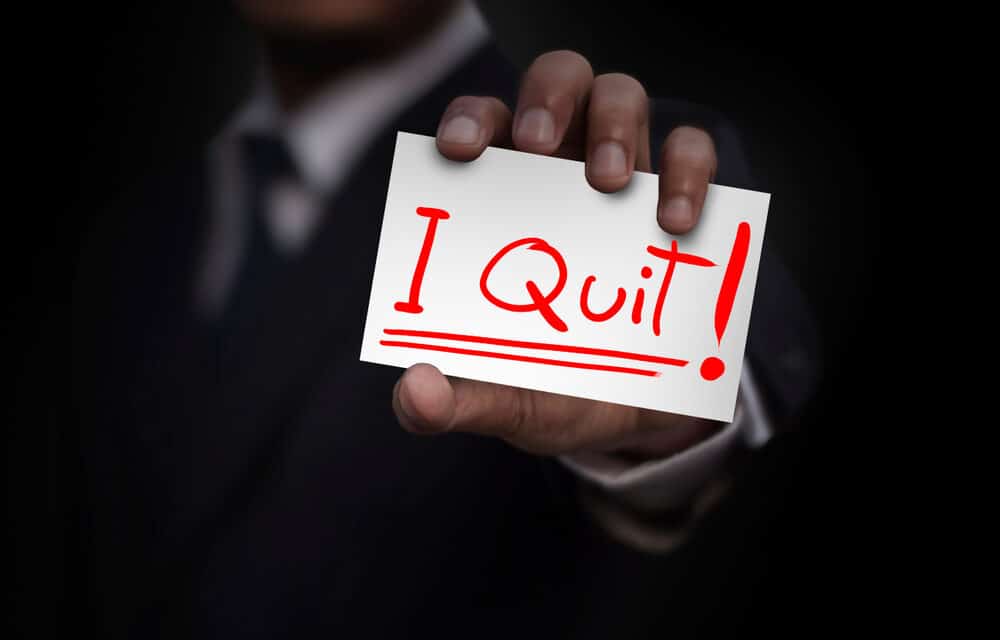 The Great Resignation will likely continue into 2022. About one-quarter of workers are looking to get a new job this year, according to a report from ResumeBuilder.com released earlier this week.

Of those employees, some want to move into tech-related industries such as IT, business, and finance. According to a new report from Protocol, Roughly 23% of those surveyed last month said they want to quit this year. Another 9% have already found a new job, and an additional 9% said they’ll retire this year. Most of those resignations are happening in the retail, food, and hospitality industries, according to the report.

“Employees may wait for end-of-the-year bonuses to make a change or see what new opportunities arise in the new year,” career strategist Carolyn Kleiman said in the report. “Plus, as the pandemic continues, people continue to evaluate their lives, and work is a large part of that.”

This comes on the heels of a report that Americans quit jobs at a record pace in November as job openings hovered close to their all-time highs in a sign that workers continued to hold most of the leverage before the omicron variant sent COVID-19 cases soaring.

The number of workers quitting jobs vaulted to 4.5 million from 4.2 million, above the prior record of 4.4 million reached in September, the Labor Department said Tuesday. That means 3% of workers voluntarily left their positions, matching September’s record high.

The decline was fueled by a drop of 261,000 openings in restaurants and hotels. Even as vacancies in that industry have fallen from their July peak, quitting and hiring have stayed strong, “suggesting that some of the hiring difficulties might be easing,” says Nick Bunker, director of research for Indeed, a leading job site.