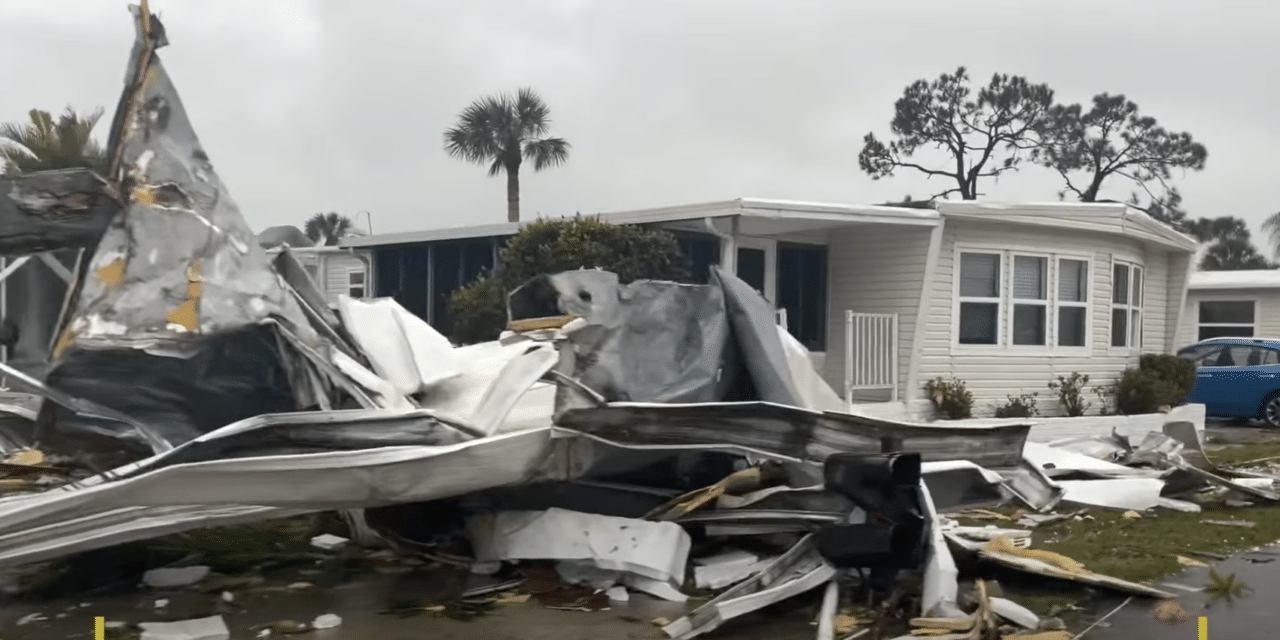 Multiple tornadoes touched down in Southwest Florida on Sunday morning as severe storms moved across the area. Lee County officials are providing an update on storm response and recovery efforts.

According to WINK, Officials in Lee County say about 7,000 homes, or about 15,000 people, are without power due to the storms. They say that so far they have only had four reported injuries. Officials say 28 homes were destroyed in Lee County and at least 62 homes are not livable.

Tornado passed over Interstate 75 in the area of the 96 mile marker (🐊 Alley) in Collier County at 9:34am.
Please continue to monitor weather conditions and BE SAFE! pic.twitter.com/bxNqzKbkOE

The National Weather Service confirmed that at least one tornado was sighted in Collier County. Winds from the storms in Collier County knocked over a tractor-trailer as it was traveling along I-75 North, before Mile Marker 96. Florida Highway Patrol says the driver of the truck was injured.

The highway has since been cleared. Video on social media showed multiple waterspouts roaring ashore in Lee County in the Fort Myers area. Waterspouts are just tornadoes over water. When they reach land they are considered tornadoes.

According to the Weather Channel, One of these tornadoes, an EF2, destroyed 28 homes and damaged 62 so severely that they were unlivable, the Lee County government said in a press conference. Up to 200 people were forced out of their homes due to the damage, WINK news reports.

Debris flying in the Iona McGregor area. This video is from viewer Jason Scoggins @NBC2 pic.twitter.com/cvBWJoSiSF

Most of the damage took place in the IonaMcGregor area, including at an RV park. At least four people were injured in Lee County. A truck driver was also injured in neighboring Collier County when their truck was overturned by a tornado on I-75 northbound. The truck blocked traffic in one direction for hours.