Russia warns it’s ‘run out of patience’ with America 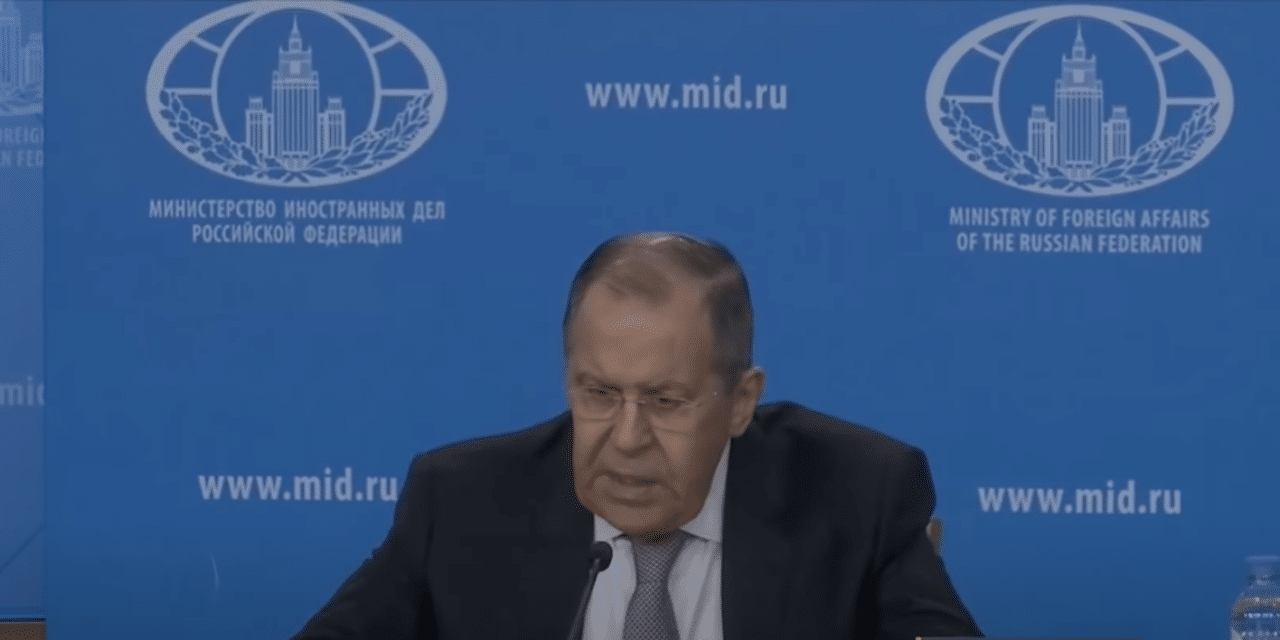 Russian Foreign Minister Sergey Lavrov on Friday warned that Moscow is running out of patience with the West as Russia continues to levy demands that the US and NATO have dismissed as non-starters.

“We have run out of patience,” Lavrov said at a news conference, per the Associated Press. “The West has been driven by hubris and has exacerbated tensions in violation of its obligations and common sense.” Lavrov insisted that the US and its allies respond to Russia’s demands in writing next week.

“They must understand that the key to everything is the guarantee that NATO will not expand eastward,” Lavrov said, alluding to Russia’s demand that NATO never accept Ukraine and Georgia as members. Both the US and NATO have repeatedly made clear that the alliance’s open-door policy is non-negotiable, but Russia has not backed down.

Radio Free Europe stated that Washington and its allies have firmly rejected Moscow’s demand for security guarantees precluding NATO’s expansion and warned of “massive consequences” if Russia renews its aggression against Ukraine.

U.S. officials have cast Russia’s combative rhetoric and buildup of some 100,000 troops near Ukraine as a pressure tactic and said that the United States, while open to dialogue, will never submit to blackmail or allow such threats to be rewarded.

NATO has also stated clearly that it would not compromise on core principles, including the right for sovereign nations to decide what kinds of security arrangements they want to be part of. U.S. Ambassador to NATO Julianne Smith said earlier this week that no alliance member was willing to budge on NATO’s open-door policy,

while reiterating a commitment to meaningful reciprocal dialogue with Russia. Lavrov said Russia, too, wants the standoff over security in Europe to be resolved with mutual respect and a balance of interests, but has warned it will consider various options to respond if the West spurns Russia’s security proposals.