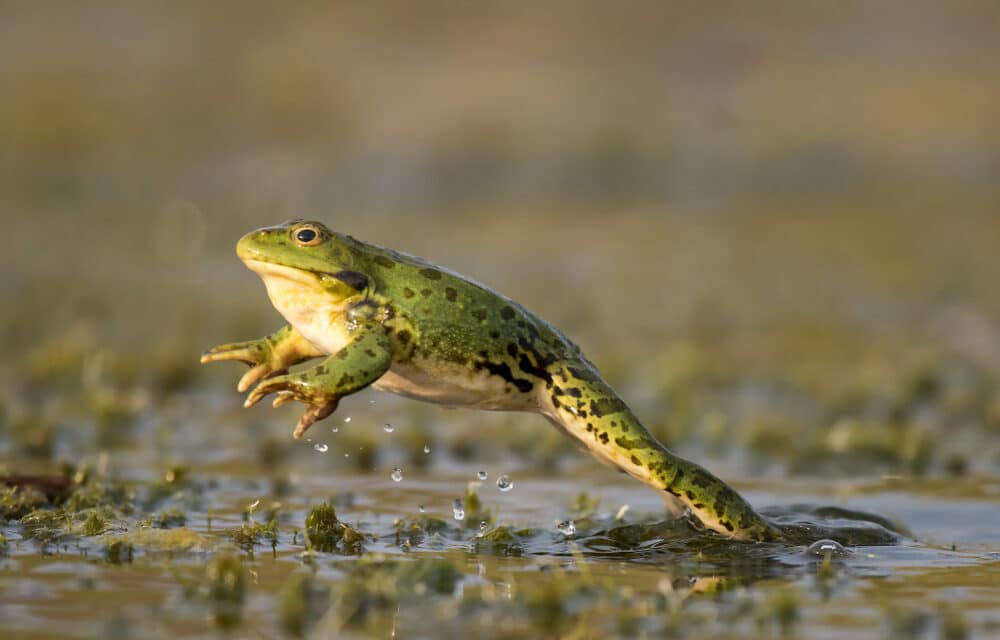 Salamanders do it. So do starfish. And now scientists have shown that frogs can regenerate amputated limbs, once their stumps have been treated with a multidrug “cocktail.” The findings, published Wednesday in the journal Science Advances, represent a notable advance in the field of regenerative medicine, which aims to replace human tissues and organs to restore normal function.

“This is really kind of a first step into figuring out what type of treatment methods might we use in the future,” said Catherine McCusker, a University of Massachusetts Boston biologist who wasn’t involved in the research. “I don’t know if we’ll be able to regenerate complete human limbs within my lifetime,” she added, “but I think that we’ll definitely be much closer, that’s for sure.”

In previous research, scientists tried to prompt limb regrowth in various animals using techniques including electrical stimulation and cell transplants. For the new study, a team led by Tufts University biologist Michael Levin took a different approach. They amputated the hind legs of more than 100 anesthetized African clawed frogs and treated the stumps of some of the frogs with five growth-promoting drugs.

“It’s exciting to see that the drugs we selected were helping to create an almost complete limb,” said Nirosha Murugan of Tufts University in Massachusetts and first author of the paper. “The fact that it required only a brief exposure to the drugs to set in motion a months-long regeneration process suggests that frogs and perhaps other animals may have dormant regenerative capabilities that can be triggered into action.”

Many creatures are able to fully regenerate at least some limbs, including salamanders, starfish, crabs, and lizards. Flatworms can even be chopped into pieces, with each piece reconstructing an entire organism. Humans have some regenerative capabilities – the liver can regrow to full size after being halved and children can regrow the tips of their fingers.

However, the loss of a large, complex limb cannot be restored by any natural process in mammals. The rapid formation of scar tissue protects us from blood loss and infection, but also prevents regrowth.

In the latest research, published in the journal Science Advances, the scientists amputated a frog’s hind-leg and enclosed the wound in silicone cap containing a five-drug cocktail. The drugs each had a different purpose, including reducing inflammation and the production of collagen to stop scar tissue growing. The drugs also aimed to promote the growth of new nerve fibers, blood vessels, and muscle.