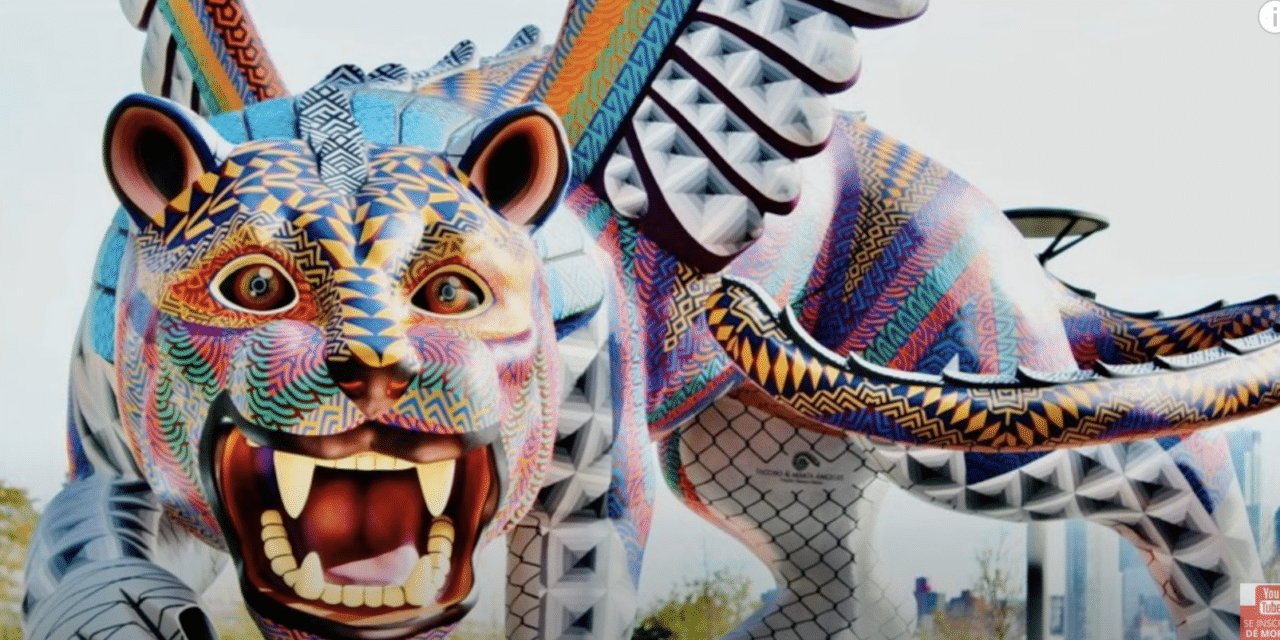 (OPINION) A sculpture that was created by artists Jacobo and Maria Angeles called the “guardian for international peace and security ” sits on the Visitor’s Plaza outside the UN Headquarters and caused an internet firestorm among Christians who know Bible Prophecy. That’s because the sculpture of this beast eerily fits the description of exactly what John the Revelator describes in Revelation Chapter 13:

A guardian for international peace and security sits on the Visitor's Plaza outside #UN Headquarters. The guardian is a fusion of jaguar and eagle and donated by the Government of Oaxaca, Mexico @MexOnu. It is created by artists Jacobo and Maria Angeles.
UN Photo/Manuel Elías pic.twitter.com/q8SSsQhz1L

“Now the beast which I saw was like a leopard, his feet were like the feet of a bear, and his mouth like the mouth of a lion. The dragon gave him his power, his throne, and great authority”. – Revelation 13:2

Another interesting thing to note here is the fact that the name of this sculpture is called “The Guardian of International Peace” which is ironic being that there is coming a “false peace treaty” in the future that will be headed up by the Antichrist and likely carried out by the United Nations in the future:

“Then he shall confirm a covenant with many for one week; But in the middle of the week, He shall bring an end to sacrifice and offering. And on the wing of abominations shall be one who makes desolate, Even until the consummation, which is determined, Is poured out on the desolate.” – Daniel 9:27 And lastly, The Apostle Paul warns that one of the major key phrases to watch for in the time if the end is when THEY say “Peace and Safety”. As this will usher destruction swiftly.

“For you, yourselves know perfectly that the day of the Lord so comes as a thief in the night. For when they say, “Peace and safety!” then sudden destruction comes upon them, as labor pains upon a pregnant woman. And they shall not escape. 4 But you, brethren, are not in darkness, so that this Day should overtake you as a thief”. 1 Thessalonians 5:2-3

I believe the Lord is revealing these things to those who are spiritually discerning and awake in this hour to assure us that the time of the end is drawing closer and that we need to be watchful and remain in prayer as the “Day of the Lord” is at hand.