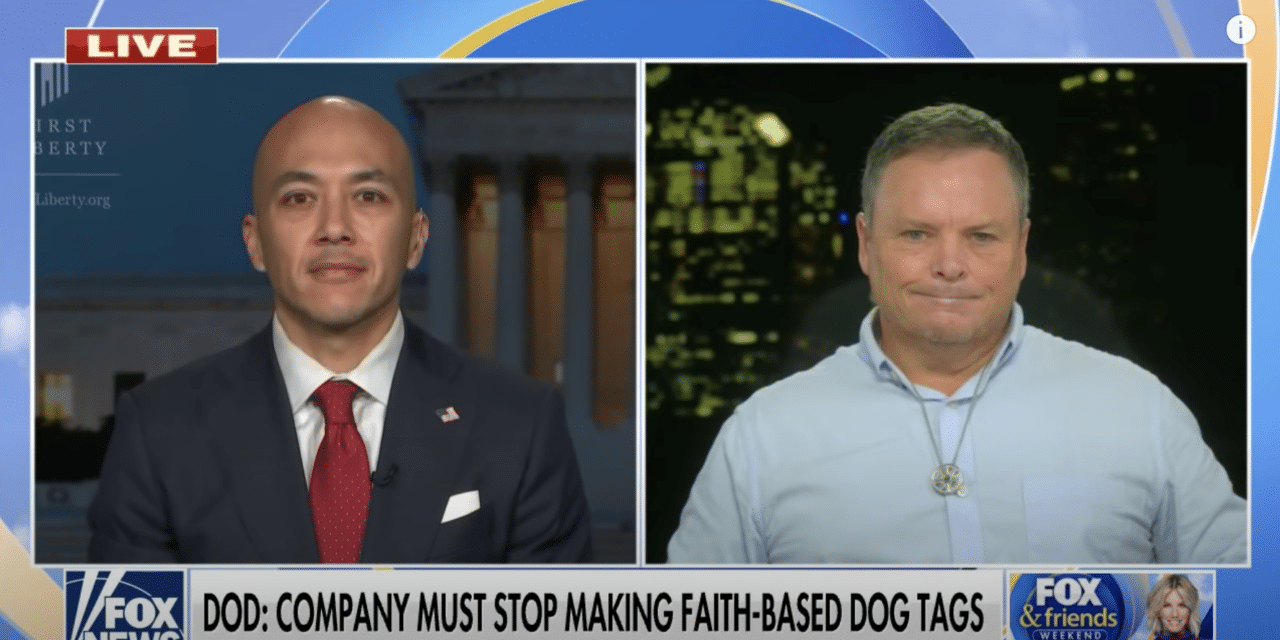 Kenny Vaughan’s company, Shields of Strength, has been making dog tags for nearly 20 years and has been a tremendous blessing to countless military men and women.

But that day has now come to an end after the Pentagon has just given the faith-based company stop making dog tags for those in the Military. The reason for the order comes as an organization called the Military Religious Freedom Foundation complained to the Pentagon, stating that the Army and Marines want Shields of Faith to stop making the dog tags this way.

“We are not anti-faith, we are pro-Constitution,” said Mikey Weinstein who leads the Military Religious Freedom Foundation. He calls the dog tags a violation of defense department regulations and the constitution by combining scripture with official military emblems, even though Vaughan had licensing permission from three of the five branches of service to use their emblems.

“The letter of the law states that you cannot do this because that would be in this case breaching the separation of church and state and applying, in this case, an endorsement by the Department of Defense and military branches on a clearly proselytizing message,” Weinstein said.

Vaughn became emotional when speaking of his companies mission statement. According to CBN News, He stated:  “Soldiers and Marines love having God’s word around their necks it encourages them and strengthens them for their fight,” Vaughan said.

Vaughan has made hundreds of thousands of these dog tags for US military men and women, many of them, he says, for free. Air Force and Marine veteran Kenneth Davis explains what the dog tags mean to him. “This is believing that you’re going to live,” Davis said. “And even if you die, you’re going to be holding hands with God for eternity. That’s what it means to me and every veteran I know, it means the same.”