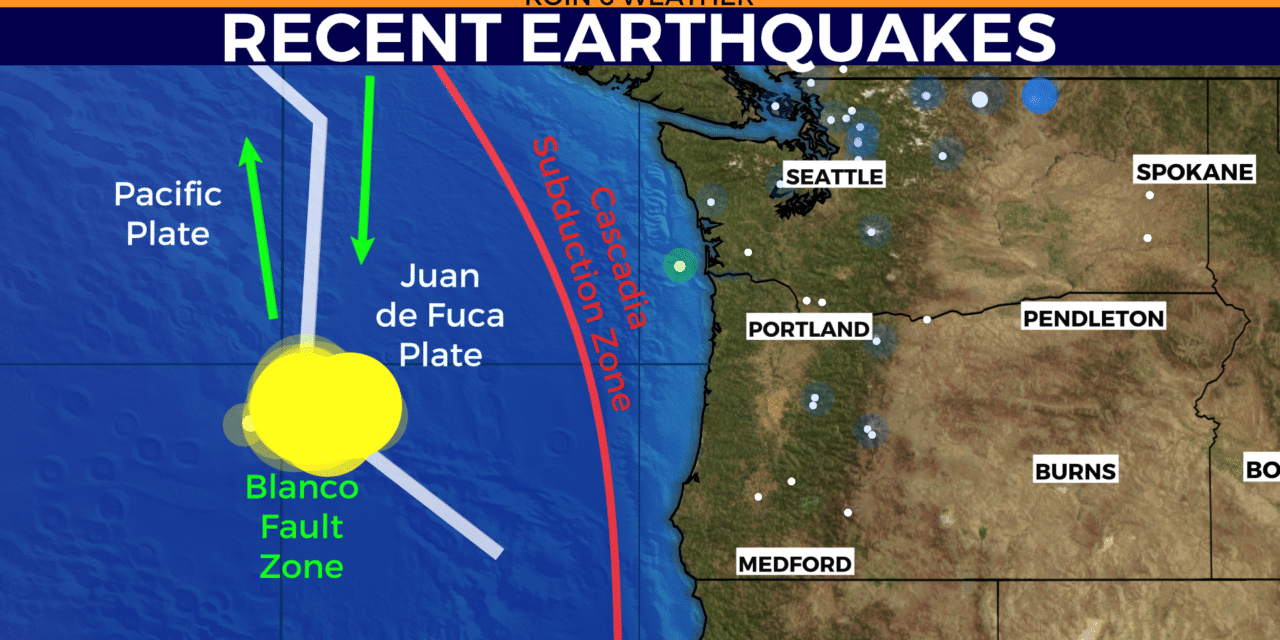 Upwards of 60 earthquakes have been recorded off the Oregon coast – starting Tuesday and continuing through Wednesday. The quakes occurred along the Blanco Fault Zone –Oregon’s most active fault according to KOIN.

The biggest reached a magnitude of 5.8. Despite the number of quakes, experts say there’s no cause for concern as it’s commonplace for earthquake swarms to occur in this zone, KOIN 6 News Chief Meteorologist Natasha Stenbock said.

KIRO7 states that nearly 250 miles west of Newport, Oregon, a place called the Blanco Fracture Zone has produced more than 60 earthquakes in 36 hours. “About 20 of them, oh, we just had another one just now, about 21 of them are over magnitude 4.7,” said Chris Goldfinger of Oregon State University.

Goldfinger said offshore swarms of earthquakes happen around once a year. “They’re called strike-slip earthquakes where the two blocks move side by side, so because there’s not a lot of vertical motion, they don’t generate tsunamis,” he said.