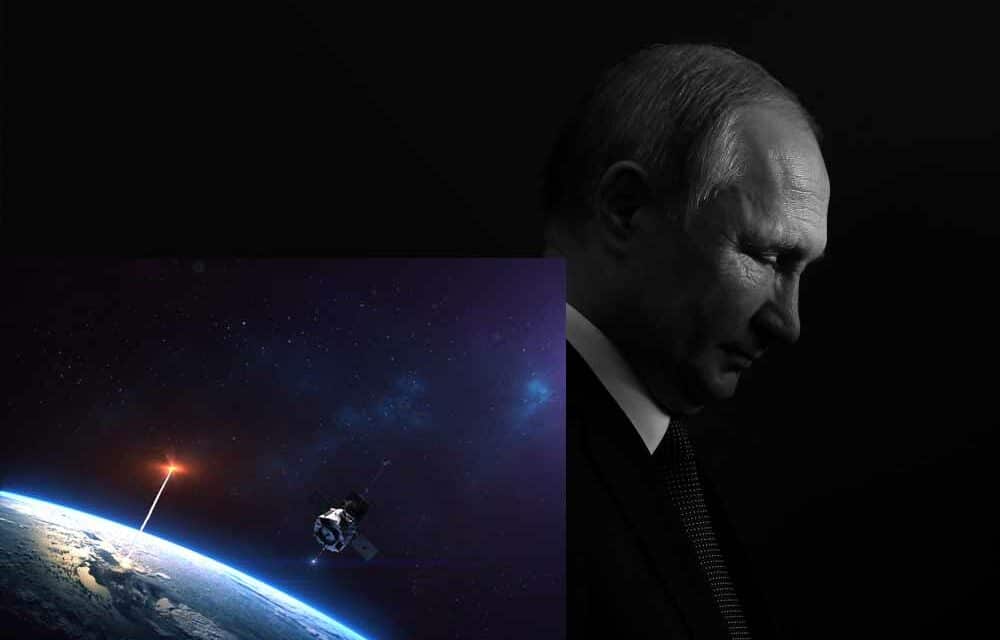 Russia’s new weapon dubbed “Star Warrior” has the West worried as it can blast satellites out of orbit at heights of up to 500 miles above Earth. Vladimir Putin’s state-owned TV issued a chilling threat that Russia may deploy the system to destroy some 32 Western satellites to render Nato missiles useless.

It comes after Putin used the weapon to destroy a redundant Soviet-era Tselina-D military reconnaissance satellite – blasting it into an orbital debris storm. Intelligence sources in the West and Russia believe the hunk of space junk was annihilated by the new satellite killer missile system.

The weapon has been dubbed the “Star Warrior” by state Russian media and is the next step in an orbital arms race. Putin tested the missiles nine times between 2014 and 2020 before it was deployed to destroy an actual satellite on November 15, according to the Moscow-based Centre for Analysis of Strategy and Technologies. 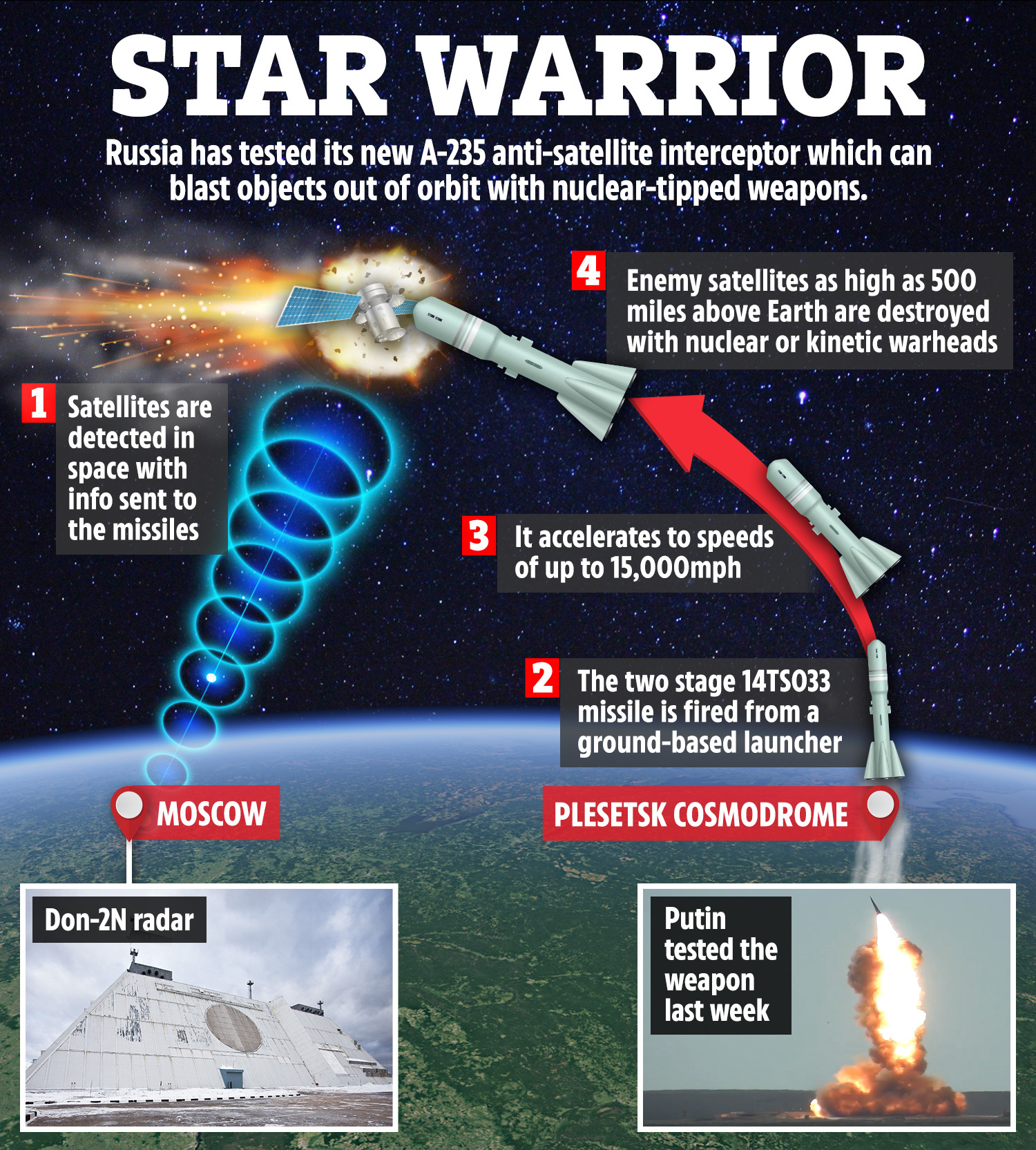 State-controlled Russian Channel One TV host Dmitry Kiselyov – dubbed Putin’s “mouthpiece” and “propagandist-in-chief” – has claimed the satellite strike was a deliberate warning to the West not to cross the Kremlin’s red lines on Ukraine.

He boasted in the event of worsening relations, Russia could wipe out 32 GPS satellites crucial for Nato’s military operations, including the pinpointing of missile strikes. “We shot down the old Soviet Tselina-D satellite in space orbit,” said Kiselyov. “That was the completion of tests of Russia’s anti-satellite system, the accuracy of which (Defence Minister) Sergei Shoigu called jewelry-like. “It means that if Nato crosses our red line, it risks losing all 32 of its GPS satellites at once.” READ MORE