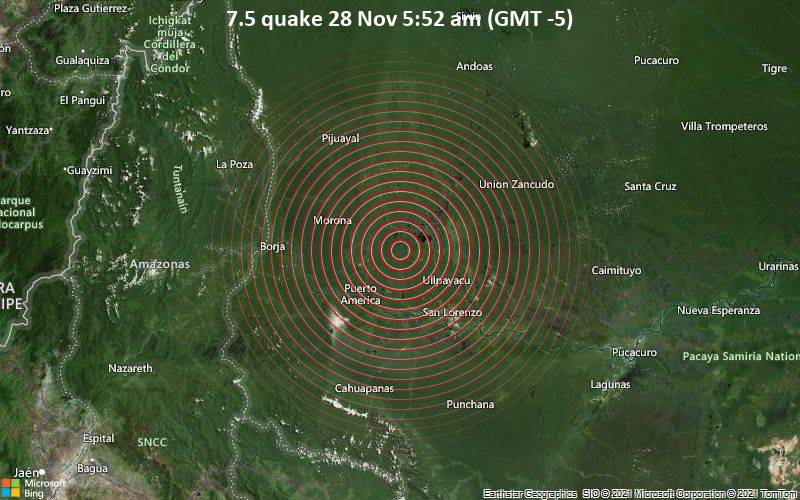 The earthquake’s epicenter was reported in the Amazonas region but was also reported to be felt in the capital of Lima and other neighboring towns.

The quake had a recorded depth of 112 km and was felt by residents in Ecuador. One person wrote on the site: “Felt quite strong in Loja, Ecuador. Light stuff fell.”

Another said they had felt a “strong and long tremor”. A witness in Ecuador wrote: “I was lying in bed when the bed began to shake.

so far as the time of this report there has been no major damage or tsunami alerts issued.

This quake also followed a magnitude 5.2 earthquake that rattled the country with the epicenter in El Callao, Lima.