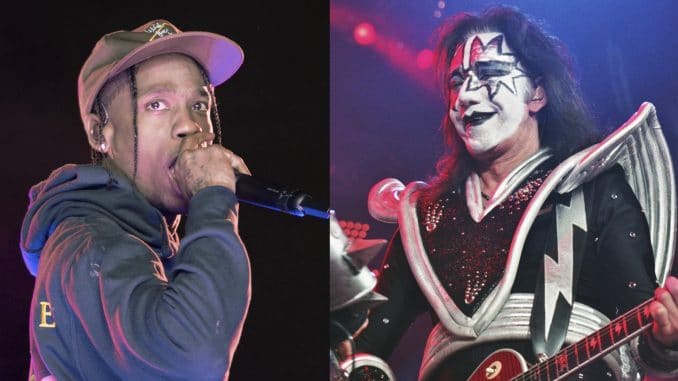 (OPINION) Last weekend, rapper Travis Scott’s annual Astroworld Festival turned into a complete disaster. Ten people were killed and hundreds were injured in a surge towards the stage, including several children who got trampled.

But rather than blame this awful mishandling of this live event on festival organizers or poor planning, a rash of evangelical Christians and QAnon supporters on social media have begun promoting the conspiracy that Astroworld was actually a human sacrifice to Satan.

And now it appears that one of them is Ace “Spaceman” Frehley, founding guitarist of seminal hard rockers KISS. In a recent Facebook post Frehley attached a picture of a sock reading ‘Not Today, Satan,’ with the caption, “On tour w/ [my daughter] Monique & [my girlfriend] Lara…

In regard to what happened in Houston TX…Our prayers go out to all the families who lost loved ones at the concert!…Seems like it was a ‘Satanic Ritual’ gone very wrong! They’ll Be Hell To Pay!!! For everyone who let those kids die! All people of every faith & religion should band together to stop this from ever happening again in America ??…God Bless!!!”

This is especially disheartening for a number of reasons, but the most important of them is that Frehley has become one of the people who used to try and shut down his band. KISS was endlessly demonized by Christians who desperately searched for satanic messages and calls to violence in everyday rock and roll.

To blame Travis Scott’s Astroworld tragedy on some mythical evil, and not how human nature and greed can bungle a live event to the point where people lose their lives, seems like a statement that Frehley no longer believes in the philosophies that made KISS so rad in the first place. READ MORE