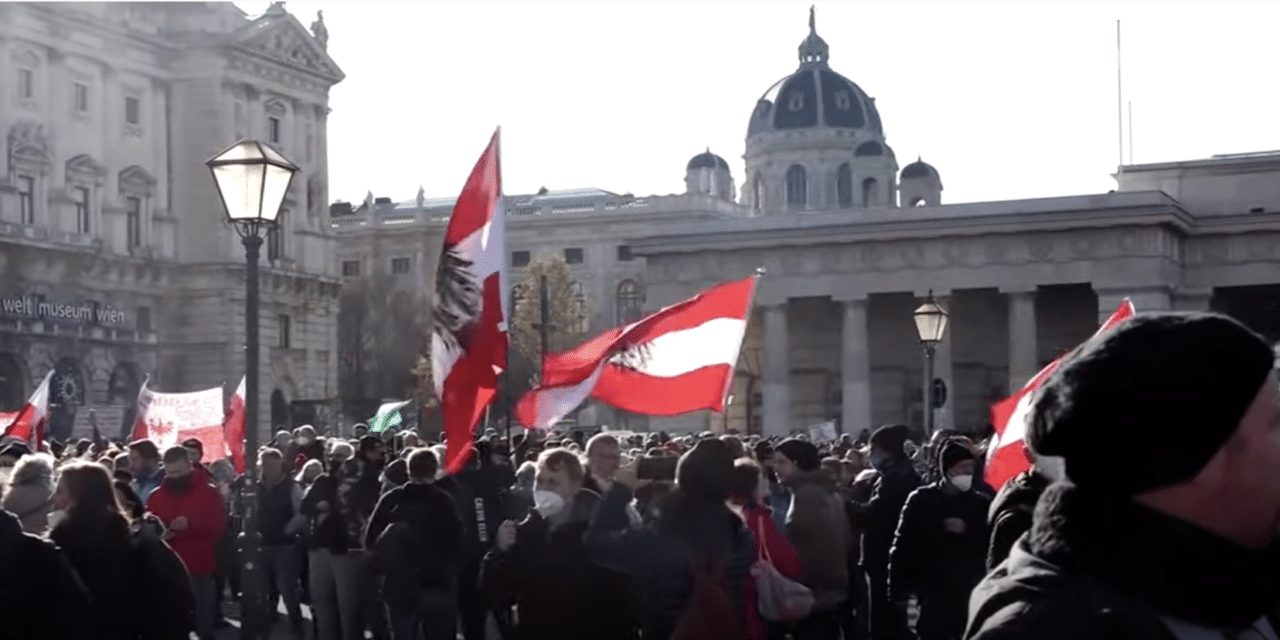 According to the Associated Press, Police said that two rioters were hospitalized after being hit by bullets and investigations were underway to establish if they were shot by police. The condition of the injured rioters was not disclosed. Officers arrested 51 people, about half of them minors, police said Saturday afternoon.

One police officer was hospitalized with a leg injury sustained in the rioting, another was treated by ambulance staff and “countless” others suffered minor injuries. Mayor Ahmed Aboutaleb told reporters in the early hours of Saturday morning that “on a number of occasions the police felt it necessary to draw their weapons to defend themselves” as rioters ran rampage through the port city’s central shopping district, setting fires and throwing rocks and fireworks at officers.

Meanwhile, Tens of thousands of protesters, many from far-right groups, marched through Vienna on Saturday after the Austrian government announced a nationwide lockdown beginning Monday to contain skyrocketing coronavirus infections.

According to the report, Demonstrations against virus restrictions also took place in Switzerland, Croatia, Italy, Northern Ireland and the Netherlands on Saturday, a day after Dutch police opened fire on protesters and seven people were injured in rioting that erupted in Rotterdam. Protesters rallied against coronavirus restrictions and mandatory COVID-19 passes needed in many European countries to enter restaurants, Christmas markets or sports events, as well as mandatory vaccinations.

The Austrian lockdown will start Monday and comes as average daily deaths have tripled in recent weeks and hospitals in heavily hit states have warned that intensive care units are reaching capacity. The lockdown will last at least 10 days but could go up to 20, officials said. People will be able to leave their homes only for specific reasons, including buying groceries, going to the doctor or exercising.

The Daily Mail reported that video from social media appeared to show a person being shot in Rotterdam, but there was no immediate word on what happened. Police said in a tweet that it was ‘still unclear how and by whom’ the person was apparently shot. Local media reported seven people were injured and at least 20 were arrested, with one eyewitness – a press photographer – telling De Telegraaf they saw shell casings ‘everywhere on the floor’.

Police spokesperson Patricia Wessels confirmed that police fired shots, though it was not immediately clear what type of rounds were fired. ‘We fired warning shots and there were also direct shots fired because the situation was life-threatening,’ she said. ‘We know that at least two people were wounded, probably as a result of the warning shots, but we need to investigate the exact causes further.’