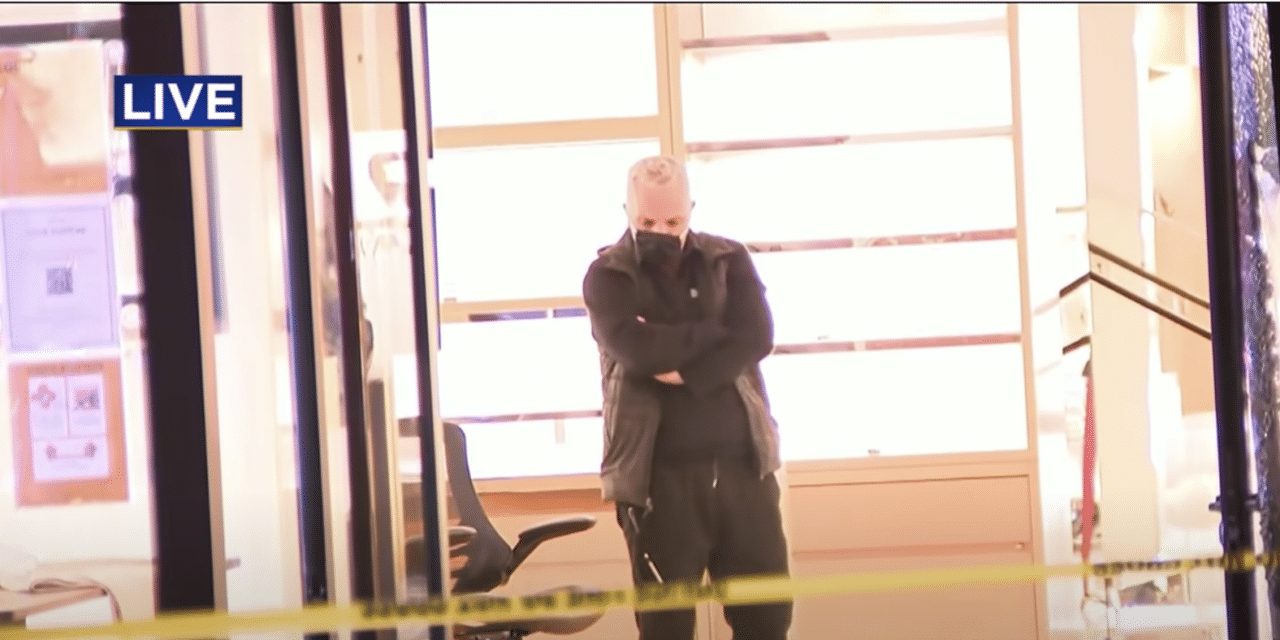 New video shows a large police presence in Walnut Creek Saturday night, where witnesses say about 100 looters targeted Nordstrom. ABC7 News, The incident was first reported at 8:46 p.m. while the store was still open, according to police.

A manager at a nearby restaurant says his stunned customers just watched as the thieves grabbed merchandise, loaded it in waiting cars, and drove off. That manager described the chaos.

“We probably saw 50 to 80 people in ski masks crowbars a bunch of weapons. They were looting the Nordstrom’s right here. And I thought they were going to start beating cars. I had to start locking doors lock the front door lock the back door,” PF Chang’s manager Brett Barrette said. This BMW convertible was stopped by police – believed to be somehow connected with the mayhem there.

Meanwhile, according to ABC7 News, Multiple suspects have been arrested after a Louis Vuitton store in San Francisco was hit by thieves. Social media video shows some of the chaos that has unfolded there tonight – smashed store windows, police, and people running in the street.

The store in Union Square looked completely empty, apparently ransacked by robbers. Police say around 8:10 p.m., officers responded to reports of possible looting and vandalism to retail establishments in the Union Square Area. SFPD did not specifically name the Louis Vuitton store, although it is clearly seen in the videos obtained by ABC7 News.

“Officers arrived on scene to a retail store in Union Square where they observed several suspects involved in criminal acts. Officers have arrested multiple suspects,” police said in a written statement. They say the Louis Vuitton store may not be the only one that was hit. Officers are “continuing to respond to other retail establishments, where reports of vandalism are occurring.”