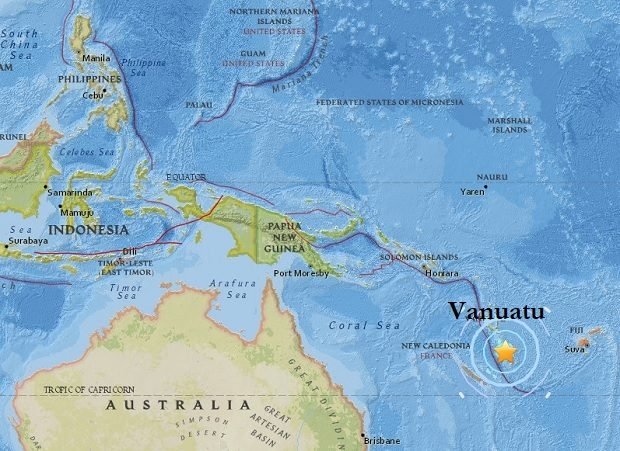 A powerful and deep earthquake measuring a magnitude 7.2 has struck near the Vanuatu islands in the South Pacific on according to the European Mediterranean Seismological Center.

According to the Jerusalem Post, No tsunami warning was issued due to the depth of the quake, said the US Tsunami Warning Center in Hawaii.

The earthquake, which was upgraded from a preliminary magnitude of 6.7, was at a depth of 531 km (329 miles), EMSC said. There were also no immediate reports of any injuries or damages reported from the earthquake.