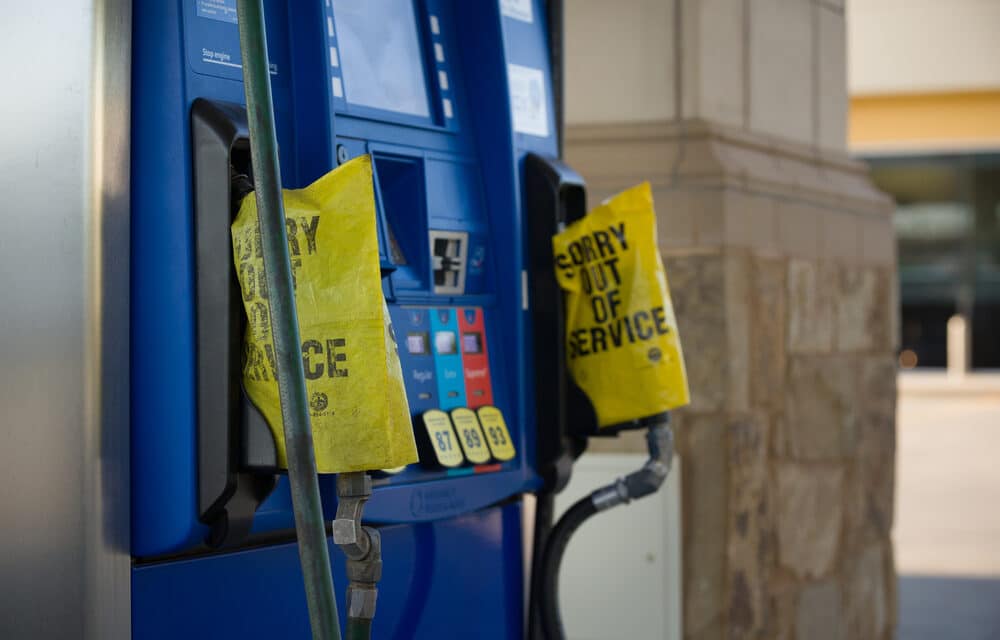 (OPINION) One day after oil giant BP warned about rationing gasoline and diesel at UK service stations, Brits began to panic buy fuel as the government tried to calm fears. Lines of cars and trucks are spilling over into the streets at service stations across the country.

A BP spokesperson said Thursday that a truck driver shortage has resulted in its inability to transport fuel from refineries to its network of service stations. These words spooked the public, which could cause a more severe shortage due to the hoarding.

The scenes of long lines at gas stations bring back memories of the 1973 Opec Oil Crisis, the 2000 fuel shortage, and the virus pandemic disruptions amid fears the country is diving headfirst into a 1970s-style “winter of discontent” of shortages and socio-economic distress.

On Friday afternoon, Transport Secretary Grant Shapps told Brits on Sky News that there was no fuel shortage and for “everyone to carry on as normal.” His soothing words weren’t enough to stop the buying panic, which is expected to continue into the weekend.

Boris Johnson could call in the Army to deliver fuel to petrol stations across Britain but it won’t provide long-term solutions to an estimated shortfall of 90,000 HGV drivers in the UK freight sector. Ministers will consider drafting in troops to deliver petrol and diesel later this week if panic-buying persists, sources said, after Government officials gave the green light for plans to bring in 5,000 foreign lorry drivers to deal with the shortage.

The Petrol Retailers Association (PRA), which represents 5,500 independent stations, said two-thirds had run dry by Sunday night. Its chairman, Brian Madderson, said it would take up to a week to restock – and warned the crisis could become ‘self-perpetuating’ if motorists continued to panic. As the crisis deepens, many commuters now face having to find alternative routes to work on Monday morning, meaning the travel chaos is set to spill over into other transportation sectors. CONTINUE