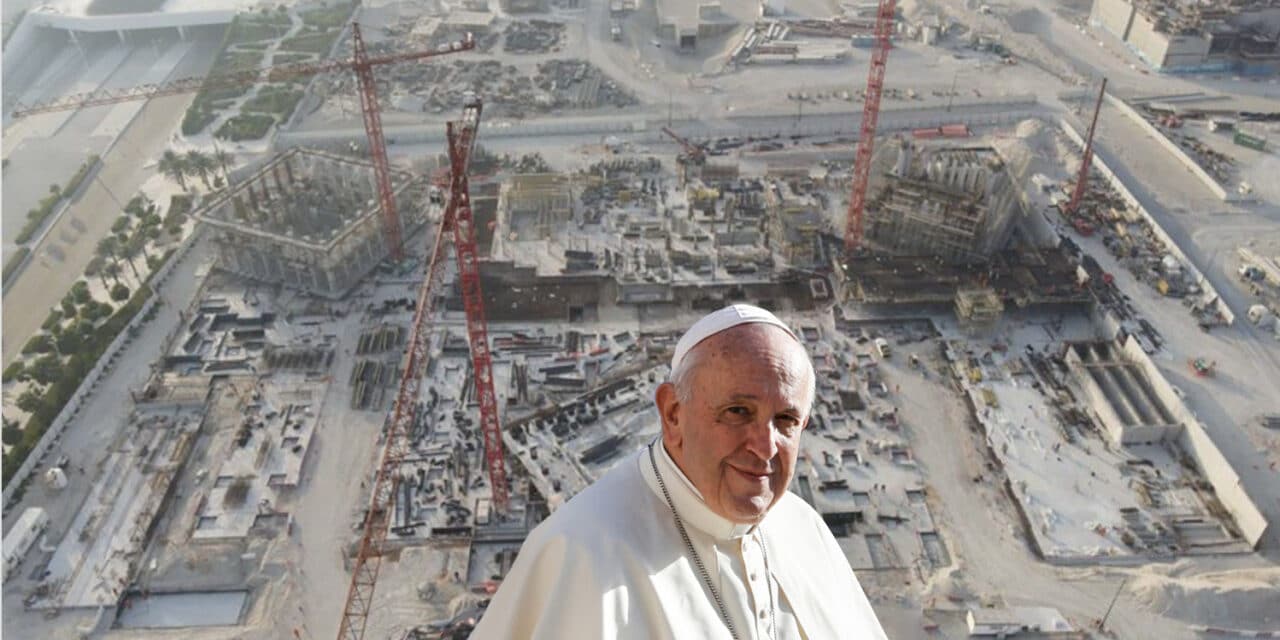 (OPINION) Are we about to see the formation of what will ultimately facilitate and pave the way for a “One World Religion”? The Abrahamic Family House, which encloses a synagogue, a church, and a mosque in a single complex, and which is scheduled to be inaugurated in 2022, is 20 percent complete, the Higher Committee of Human Fraternity (HCHF) said in a statement on Tuesday.

The Committee, which is also supervising the project, said it is inspired by the 2019 Document on Human Fraternity. Constructed on Saadiyat Island in Abu Dhabi, the capital of the United Arab Emirates, the project is closely followed by Pope Francis and the Grand Imam Ahmed el-Tayeb of al-Azhar, who endorsed the design, the HCHF said.

The Abrahamic Family House derives its name from the Old Testament biblical figure, Abraham, who is recognized and greatly revered by Jews, Christians, and Muslims.

The Abrahamic Family House’s design, by architect Sir David Adjaye, captures. the values shared by Judaism, Christianity, and Islam, through three main buildings, including a mosque, a church, and a synagogue in one place.

“As such, the complex innovatively recounts the history and builds bridges between human civilizations and heavenly messages.” The names of the three separate iconic houses of worship in the Abrahamic Family House complex are officially unveiled as “Imam AlTayeb Mosque,” “St. Francis Church,” and “Moses Ben Maimon Synagogue”. Moses ben Maimon was a prolific and influential Sephardic Jewish philosopher of the Middle Ages. READ MORE