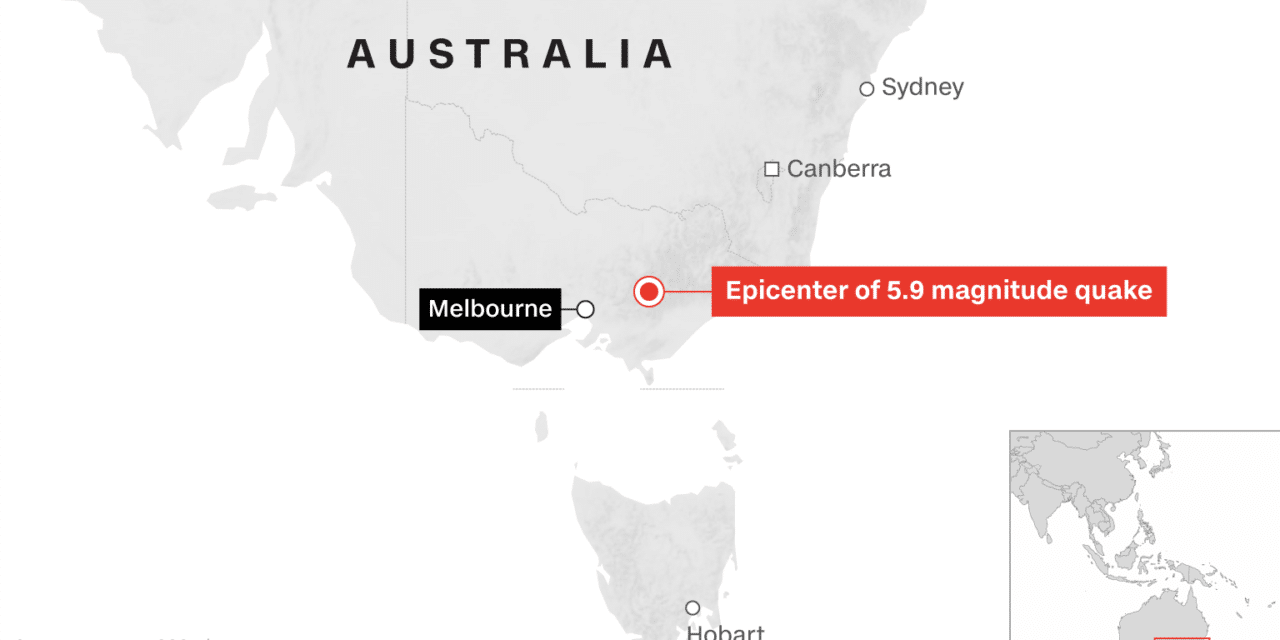 A 5.9 magnitude earthquake has rattled southeast Australia, damaging buildings in the city of Melbourne. The earthquake happened about 09:15 local time (23:15 GMT) on Wednesday at Mansfield, not far from the Victorian state capital.

According to BBC News, Prime Minister Scott Morrison said “we have had no reports of serious injuries and that is very good news”. The earthquake was also felt in neighboring South Australia and New South Wales (NSW). It was followed by two aftershocks of 4.0 and 3.1 magnitude.

While this is one of Australia’s largest earthquakes in recent years, it has not caused significant damage. CNN reported that Melbourne residents described their shock and surprise as houses across the city began to shake, in a city that has not had an earthquake of a similar size in decades.

There have been no reports of injuries so far. The temblor was so strong it was felt as far away as Adelaide in South Australia, 800 kilometers (500 miles) away, and Sydney in New South Wales, more than 900 kilometers (600 miles) away.

“There is no tsunami threat,” VICSES News said in a tweet. Geoscience Australia said there was an aftershock following the earthquake measuring about 4.0 in magnitude, less than half an hour after the initial shock.