DEVELOPING: One of the world’s most active volcanoes has once again erupted on island of Hawaii 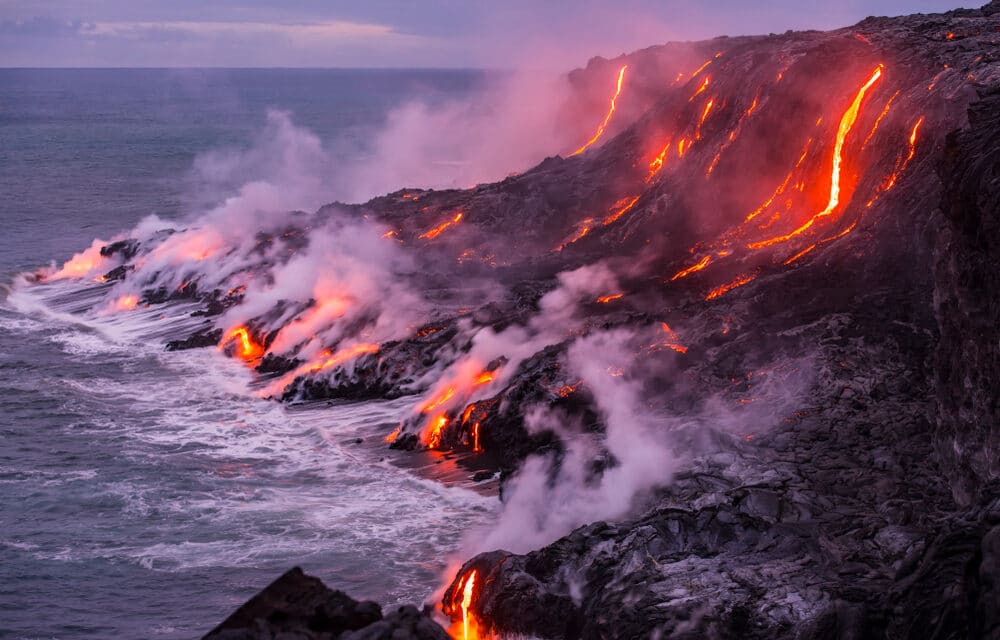 Hawaii’s Kilauea volcano is blowing off steam again and creating quite the scene on the island of Hawaii. The volcano erupted Wednesday in the Halemaumau crater at the summit within Hawaii Volcanoes National Park, according to officials with the U.S. Geological Survey. The latest eruption sent lava flowing and shot clouds of billowing volcanic gas high into the air.

The good news is that the eruption does not appear to pose a threat to any populated areas. “All signs indicate that it will stay within the crater,” Ken Hon, the USGS scientist in charge of the Hawaiian Volcano Observatory, told The Associated Press. “We’re not seeing any indications that lava is moving into the lower part of the east rift zone where people live.

Currently, all the activity is within the park.” As a matter of precaution, the volcano’s alert level has been raised to “warning” and the aviation code changed to red. Lava fountains appear to be forming on the floor of Kilauea’s crater.

The same area has been home to a large lava lake at various times throughout the volcano’s past eruptions. Sensors early Wednesday had detected increasing earthquake activity and ground swelling, both indicators of an impending eruption.

Kilauea’s last major eruption in 2018 had a substantial impact on the Hawaiian people. It destroyed 700 homes and forced the displacement of thousands of people. Not all of the impact was negative, however. The resulting lava flow also created about a mile of new coastline on the Big Island. READ MORE