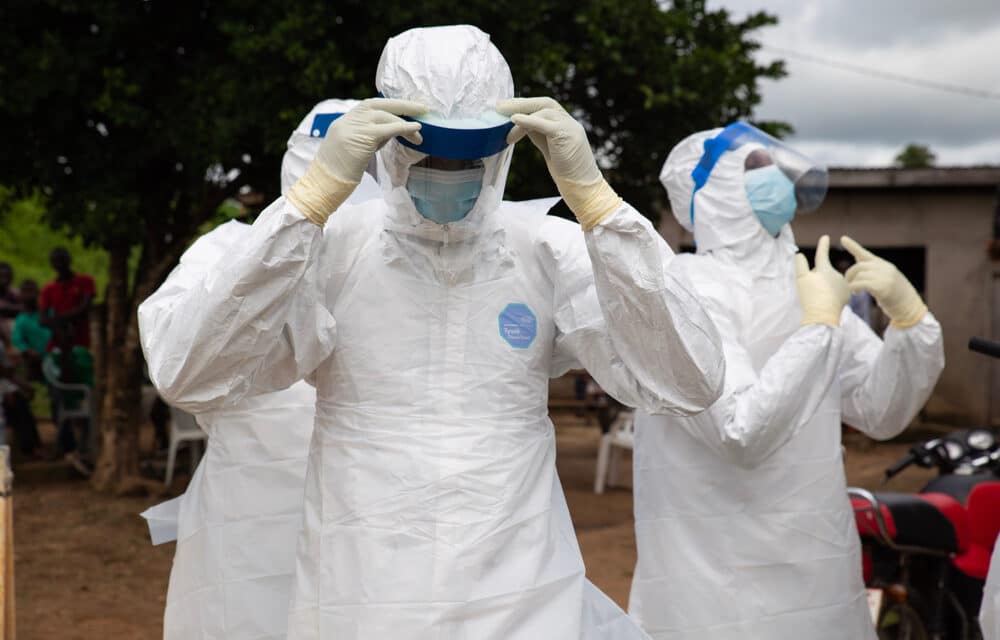 (ETH) – A highly infectious hemorrhagic virus similar to Ebola has been detected for the first time in West Africa, triggering a rush to identify potential contacts and squash the outbreak before it spreads.

According to the Telegraph, the Marburg virus was detected in a male patient in Guinea who has since died, according to the World Health Organization. The pathogen is from the same family of viruses as Ebola, but it has no known vaccines or treatments and a fatality rate as high as 88 percent.

The individual sought treatment in the Gueckedou province, a region in southeast Guinea close to both Sierra Leone and Liberia, raising some concerns that it could jump across the borders. “The potential for the Marburg virus to spread far and wide means we need to stop it in its tracks,” said Dr. Matshidiso Moeti, the WHO’s regional director for Africa, adding that Guinea’s health workers had instigated “quick investigative action”.

According to Sky News, Symptoms include a high fever and muscle pain, but some patients later suffer bleeding from their eyes and ears. After the male patient sought treatment and died in Gueckedou, the case was confirmed by a laboratory in Guinea and again by the Institut Pasteur in nearby Senegal. Contact tracing is under way, according to the World Health Organization (WHO).

A case of #Marburg virus disease has been confirmed in the southern Gueckedou prefecture of #Guinea🇬🇳. This is the first time Marburg, a highly infectious disease that causes haemorrhagic fever, has been identified in the country, & in West #Africa. https://t.co/S0DtGKBTw4

Gueckedou was the location of Guinea’s 2014 to 2016 Ebola outbreak, which went on to kill 11,325 people. According to the Guardian, There have been 12 major Marburg outbreaks since 1967, mostly in southern and eastern Africa. Guinea’s new case was first identified last week, just two months after the country was declared free of Ebola following a brief flare-up earlier this year that killed 12 people.

The patient, who has since succumbed to the illness, first sought treatment at a local clinic before his condition rapidly deteriorated, the WHO said on Monday. Analysts at Guinea’s national haemorrhagic fever laboratory and the Institute Pasteur in Senegal later confirmed the Marburg diagnosis.

“The potential for the Marburg virus to spread far and wide means we need to stop it in its tracks,” Matshidiso Moeti, WHO’s regional director for Africa, said. “We are working with the health authorities to implement a swift response that builds on Guinea’s past experience and expertise in managing Ebola, which is transmitted in a similar way,” Moeti said.