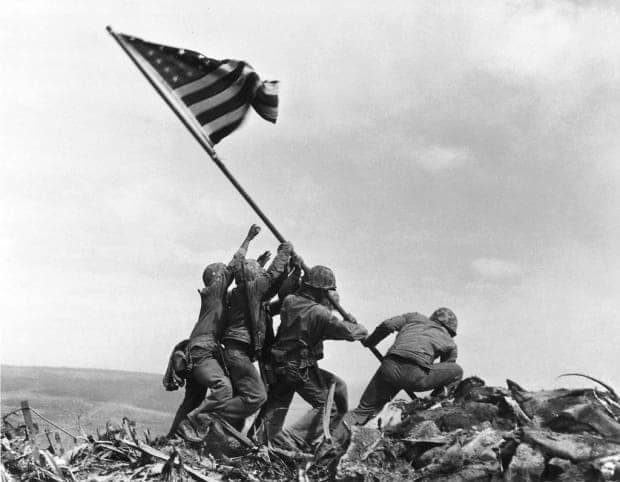 According to Fox News, Propaganda videos posted this week on channels affiliated with the Taliban show soldiers in the little-known Badri 313 Battalion carrying U.S. and U.S. ally-made weapons and gear that appear to be stolen from allied militaries while patrolling parts of Kabul. In one propaganda photo, members of the Badri 313 Battalion are seen hoisting a Taliban flag in a similar fashion to the six U.S. Marines who raised the U.S. flag on Mount Suribachi during the Battle of Iwo Jima in 1945.

According to the Daily Mail, The Badri 313 is a special unit of Taliban fighters that dress like U.S. soldiers by wearing camouflage, combat boots, and body armor. The soldiers drive armored Humvees and carry M4 carbines.

The Badri 313 was reportedly named after the Battle of Badr that is written about in the Qur’an, in which the Prophet Mohammed successfully defeated an enemy force with just 313 men – some 1,400 years ago.  The unit, previously unveiled by the Taliban in promotional material, is reportedly highly trained and equipped with state-of-the-art military equipment.

Yahoo News reported that “With the Taliban now in power, there is every reason to believe the militia could grow in strength,” Aroor added. “Expect to see much more of the Badri 313 in the weeks and months ahead.” The special forces unit’s name is derived from the Battle of Badr, an ancient battle led by Muhammad, who commanded an army of roughly 313 warriors, according to Aroor.