DEVELOPING: Deadly flooding in Tennessee has left at least 10 dead and dozens missing 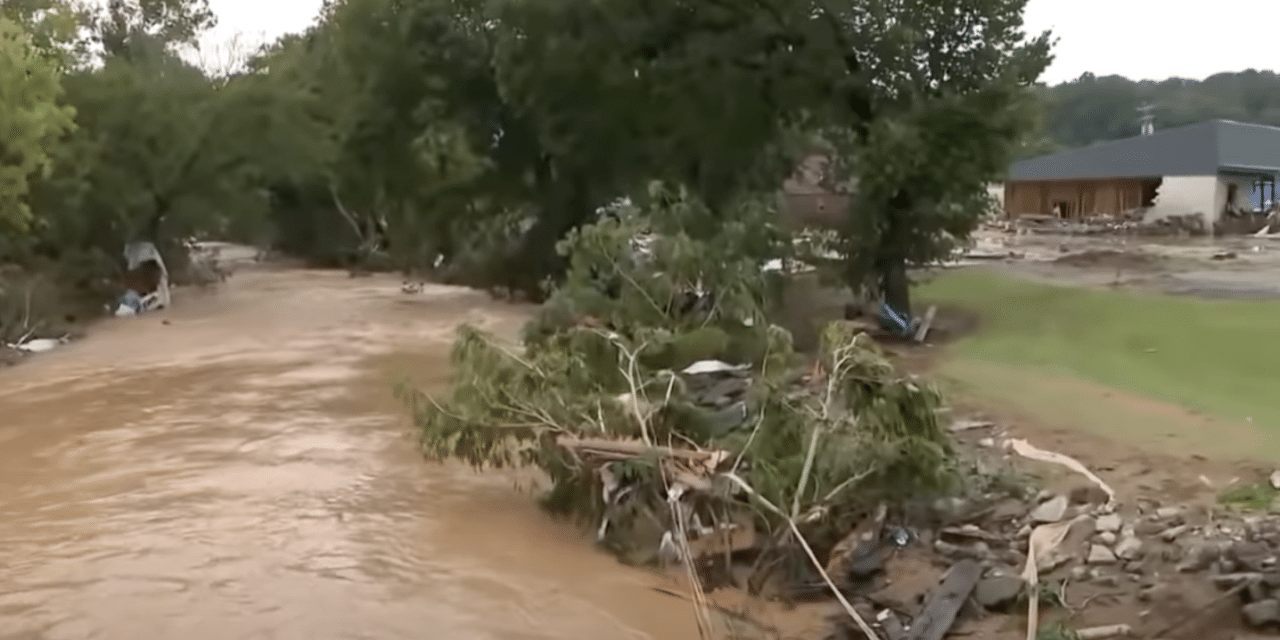 (ETH) – At least 10 people were killed and dozens unaccounted for after flooding from torrential rainfall trapped residents in their homes, closed highways, and prompted multiple water rescues across western portions of Middle Tennessee Saturday.

According to the Weather Channel, The deaths were reported by the sheriff in Humphreys County, where 31 people were also listed as missing. The area is about 45 miles west of Nashville. Residents recounted stories of being trapped for hours. “H***. That’s what we had to go through,” Cindy Dunn, who lives in the Humphreys County town of Waverly, told The Tennessean after she and her husband were rescued from their attic.

The couple had holed up there to escape the rising waters. They were rescued by a crew who raised a bulldozer bucket to their attic window. WBTV stated: “My husband is dealing with cancer. He’s going through chemotherapy. And I am an amputee. So there was no going anywhere besides the attic,” Dunn said.

Dunn said their home and neighboring houses “are gone.” Hickman County Chief Deputy Rob Edwards said in a text message to the newspaper that several people are missing and cellphone service has been disrupted throughout the county. Tennessee Gov. Bill Lee tweeted on Saturday, “Tennesseans, please stay cautious of rising floodwaters caused by heavy rainfall in parts of Middle TN.

We are actively working with emergency response officials & first responders as they support Tennesseans in flooded areas.” Rainfall in middle Tennessee has shattered records for water levels on the Piney River, according to the National Weather Service. USA Today stated that more than 11 inches of rain were dumped on parts of Hickman County early Saturday morning.

A state of emergency is in effect through Saturday afternoon in Dickson, Hickman, Houston, and Humphreys counties. “People are trapped in their homes and have no way to get out,” NWS Nashville meteorologist Krissy Hurley told The Tennessean, part of the USA TODAY Network. “Water is up to their necks. It is catastrophic, the worst kind of situation.”