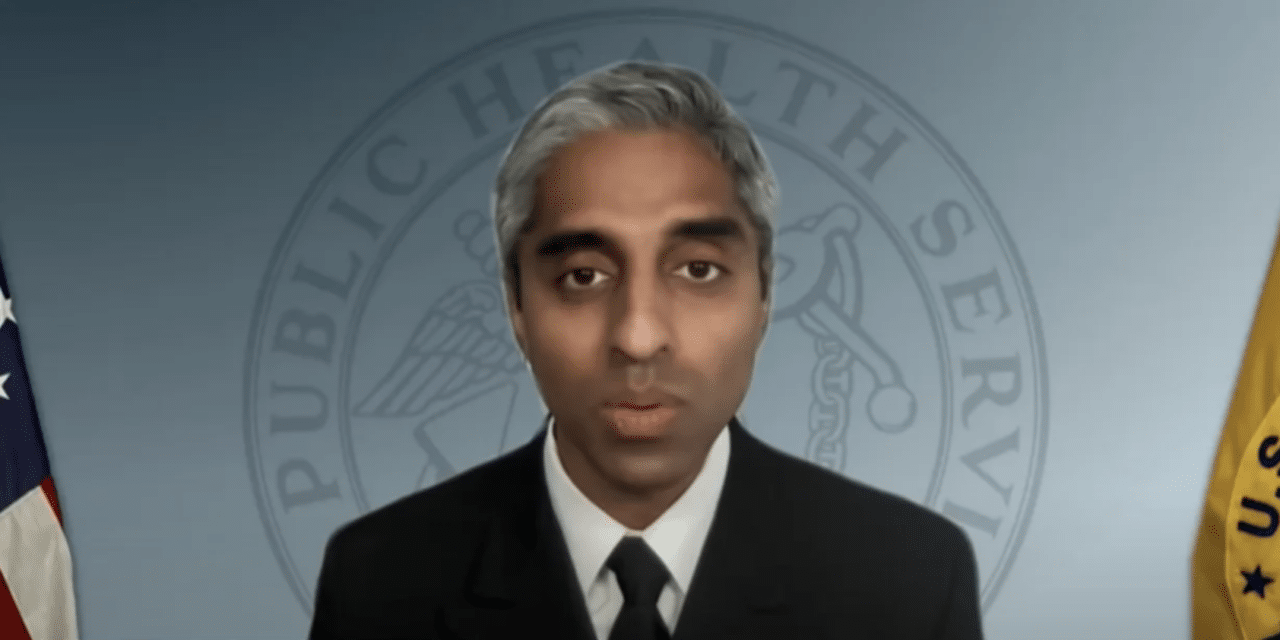 MSNBC anchor Andrea Mitchell asked Murthy about “breakthrough cases,” specifically the possibility of a fully vaccinated person being infected with COVID-19 and spreading the virus to unvaccinated individuals, such as young children or immunocompromised adults.

“So the people that we’re most concerned about are the unvaccinated,” Murthy responded to the question from the cable TV host. “For example, if you happen to have a lot of interaction with folks who are unvaccinated, let’s say you’re a parent like me who has young children at home who are not vaccinated, that’s a circumstance where we’re being extra cautious and wearing that mask even if you’re fully vaccinated, wearing it outside when you’re in indoor public locations, is an extra step to protecting those at home.”

“I want to emphasize though that if you are vaccinated the likelihood of having a breakthrough infection is still low because, again, the vaccines are working to help prevent infection, particularly serious infection,” Murthy said Wednesday. “But in the unusual event that a breakthrough does happen, we know transmission can take place.” READ MORE