UPDATE: Over 45 churches have been set on fire in ongoing anti-Christian terror campaign in Canada 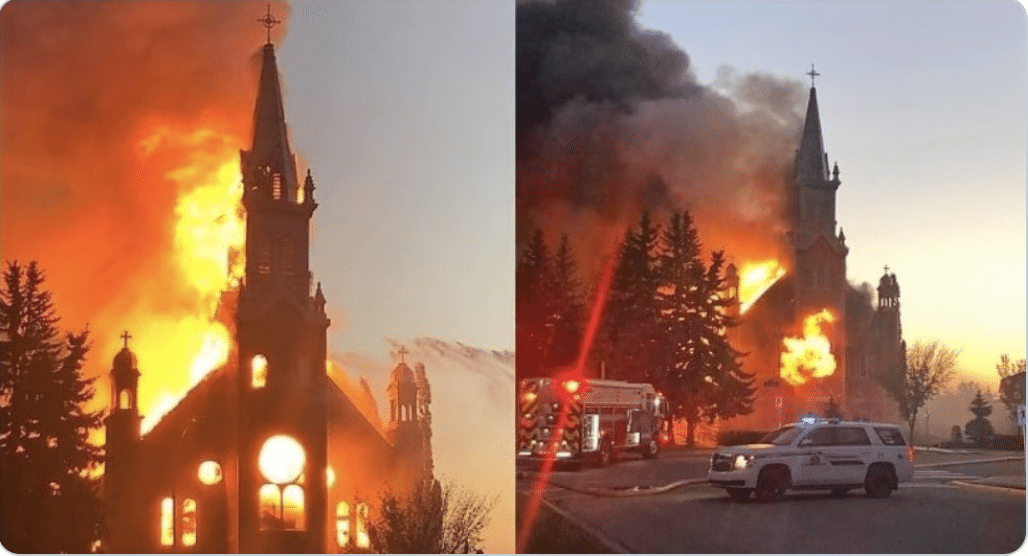 Terrorists are attacking and burning down churches across Canada with impunity. It’s a reality most Canadians only thought possible for Middle Eastern countries like Syria, where ISIS has bombarded and razed dozens of Christian heritage sites in the name of Islam.

Now, after nearly six years of Liberals calling Canadians racist and fanning the flames of hatred, hate crimes are becoming commonplace against Christians in Canada. Things have gotten so bad that even our American neighbors are beginning to worry.

Rightly so. The Counter Signal has kept a close eye on these terrorist attacks, reporting on the scene just hours after a fire in a refugee church. Our information shows that since June, there have been 45 attacks on Christian and mainly Roman Catholic congregations. Of those, 17 of them have been scorched or burnt to a crisp in suspicious circumstances.

The fires and vandalism span six provinces and the Northwest Territories, some of which have been in the heartland of First Nations’ territory.  Churches serving Indigneous congregations like Saint kateri Tekakwitha on Spiekne’katik First Nations territory in Nova Scotia have not been spared the ire of the far-left terror campaign.

In fact, unlike the fake Catholic, Prime Minister Justin Trudeau, who sympathizes with the terrorists, First Nations elders and former residential school survivors have been some of the loudest voices calling for the attacks to end. READ MORE