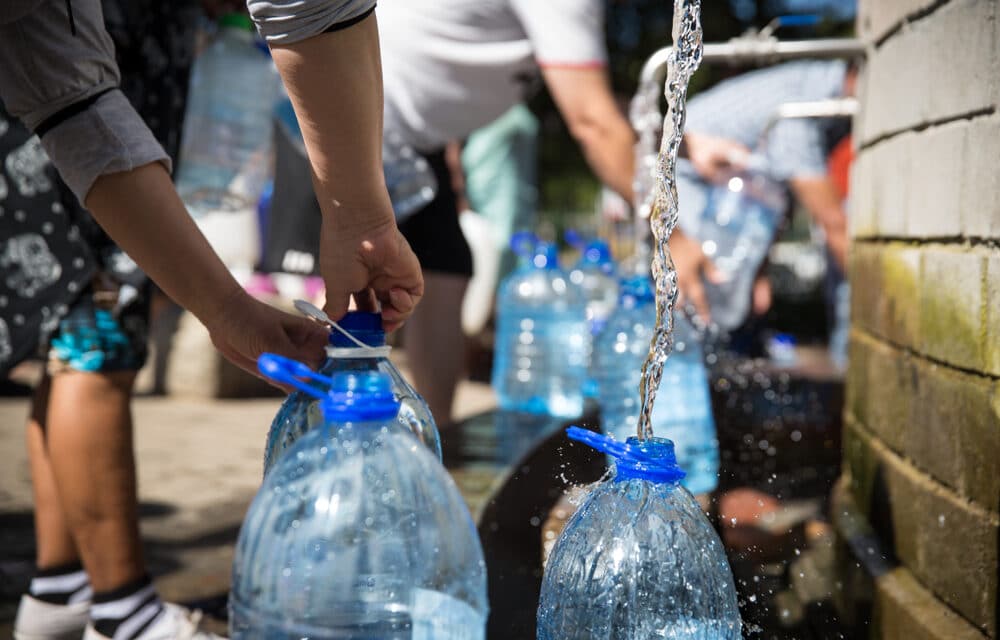 (ETH) – In Fort Bragg on the Mendocino Coast, city leaders are rushing to install an emergency desalination system according to MSN News. In Healdsburg, lawn watering is banned with fines of up to $1,000. In Hornbrook, a small town in Siskiyou County, faucets have gone completely dry, and the chairman of the water district is driving 15 miles each way to take showers and wash clothes.

So far, California’s worsening drought has been an inconvenience in big cities. But it is already imperiling an alarming number of communities, especially between the Bay Area and the Oregon border, threatening the water supplies for more than 130,000 people. The severe shortages are not just in small towns and rural hamlets that rely on one or two wells or streams that have run dry. Larger towns, with their own reservoirs and water departments, are in trouble too.

KPIX is reporting that residents in the Russian River region of northern Sonoma County are already facing mandatory water rationing. But now, the situation has become so dire that some agricultural users are being cut off completely.

Healdsburg was ordered by the state to reduce water usage by 40 percent and the city stepped up, cutting by 54 percent over last year. But those who live there know this is just the beginning. “People have been talking for a long time that it’s going to come to a point where we don’t have enough water for our city, and it’s gotten to that point,” said resident Mike Mead.

All of the Valley is now under an exceptional drought. It has been 93 days since we have seen measurable rainfall in Fresno. @ABC30 #Drought #AMLive #ABC30Accuweather pic.twitter.com/KHDeviph97

The problem is at Lake Mendocino northeast of Ukiah. It is the main supply of water to the upper Russian River and despite conservation efforts, it is falling as much as 58 million gallons per day. To keep it from running totally dry, the state has banned all water deliveries to agricultural users. “It’s frustrating, because, yeah, we’re supposed to have a water right, but if there’s a declared emergency, it’s worthless,” said Foppiano Vineyards co-owner Paul Foppiano.

ABC30 Meteorologist Madeline Evans said it has been 93 days since there was measurable rainfall in Fresno, and it doesn’t look like there are showers in the forecast for a while. Regardless of where Californians are in the state, all are dealing with some form of drought conditions, the map shows. More than 37 million Californians are living in a drought-affected area.