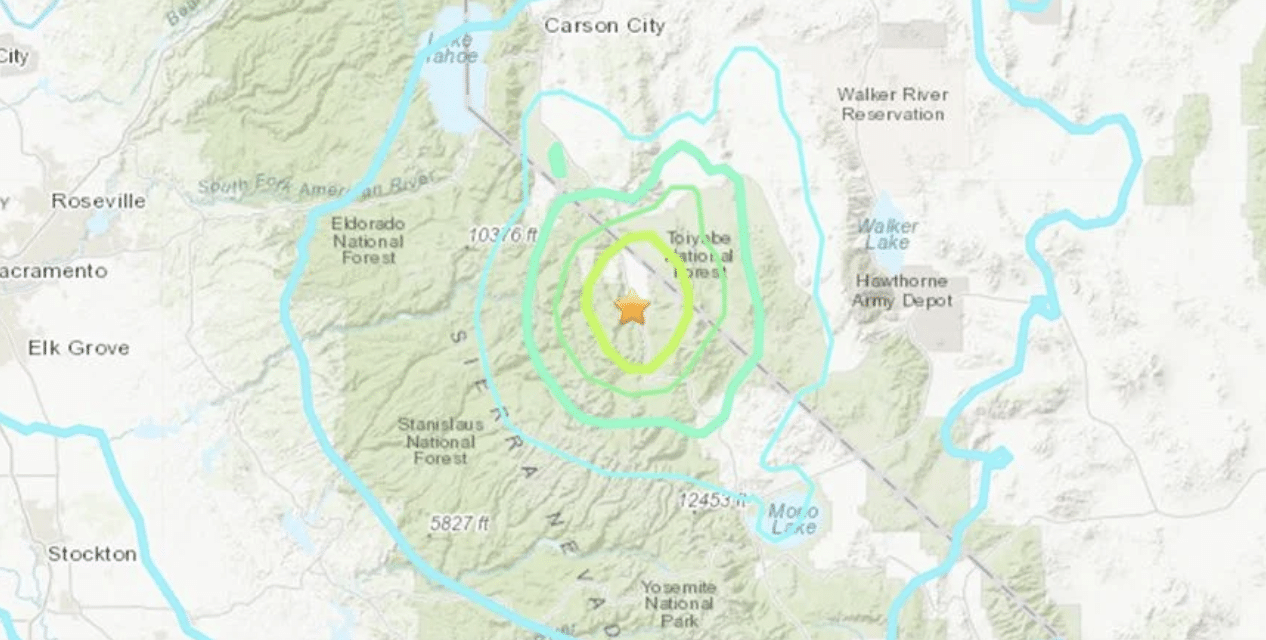 A 5.9-magnitude earthquake struck Thursday afternoon near Smith Valley, Nevada in the eastern Sierra, about 80 miles south of Reno, and shaking was felt all across the Bay Area, including in San Francisco.

The quake occurred at 3:49 p.m. according to the U.S. Geological Survey, and reports of shaking came in from across the Central Valley in Stockton and Modesto, and as far north as Sacramento and Roseville. There were subsequently over a dozen smaller earthquakes, a couple of which were over 4.0M, over the next hour.

The epicenter of the quake was on the California side of the border in the Sierra, in Little Antelope Valley, just south of the town of Coleville, in Mono County.

Rockslides have been reported as a result of the quake on US 395 and State Route 89 in Mono County, according to Caltrans. Also there was a report on Twitter of car alarms going off all over Reno.

Graham Kent, director of the University of Nevada, Reno’s seismological lab, tells the Reno Gazette-Journal that the quake would feel to most people like a 6.0M, and “this would be the largest one [in the region] in almost two and a half decades.” READ MORE