UPDATE: Death toll rises to 9 with 156 people remain missing 72 hours after the disaster, Inspector was seen on roof hours before collapse 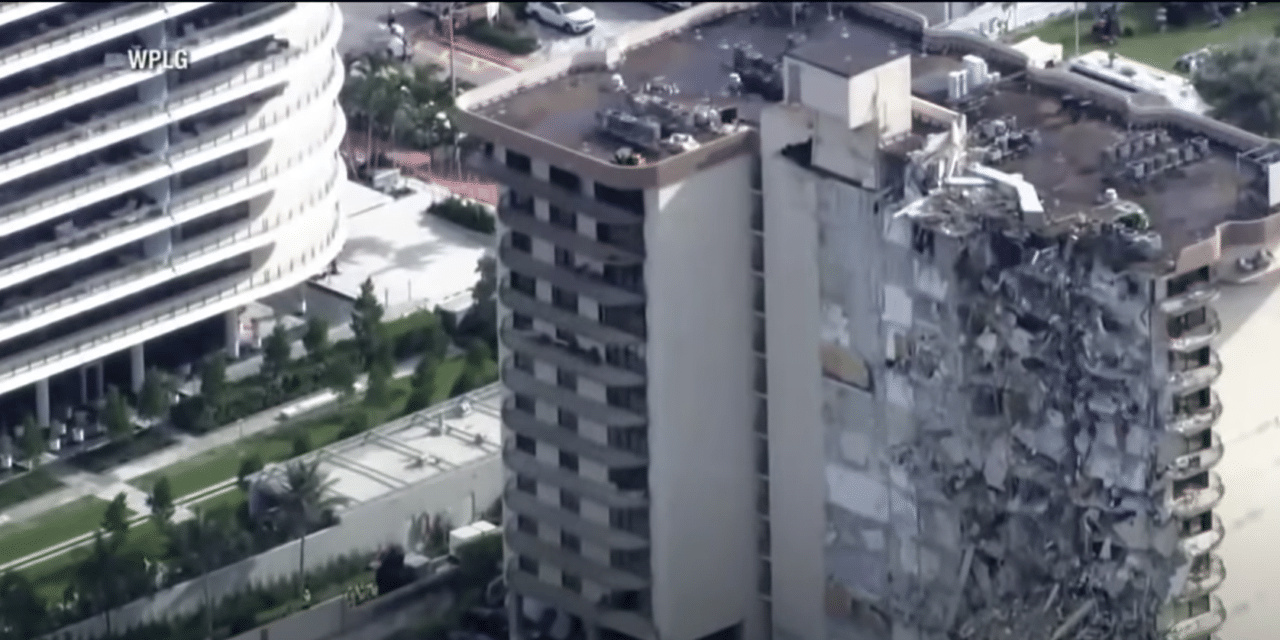 (DM) –  The mother of a woman missing in the Miami condo tower blasted Governor Ron DeSantis, saying Miami condo rescue efforts are not moving fast enough as officials raised the death toll to five and said 156 people remain missing after it emerged that the building’s inspector was on roof hours before the collapse.

After three days of search efforts, officials said on Saturday evening that rescue workers have discovered a body and human remains, raising the confirmed death toll to five people. Three of the deceased have been identified and authorities have notified their families, but aren’t releasing their identities.

As of Saturday evening, 156 people remain missing and 130 people have been accounted for. Meanwhile, as search efforts continued a video posted online shows a woman, who was not identified, making an emotional plea to DeSantis to do more at a meeting between officials and relatives at a ‘family reunification center’ set up at a hotel close to the scene of the tragedy.

The woman slammed the current rescue mission saying it is ‘not enough’ and questioned how ‘nobody has emerged dead or alive’ from the wreckage of the Champlain Towers South building in Surfside, Miami Beach, more than 60 hours after the collapse. She accused the Florida governor of keeping up appearances saying he is ‘going to take a nice picture’ while breaking ‘promises’ about the ongoing efforts to find those still unaccounted for. READ MORE