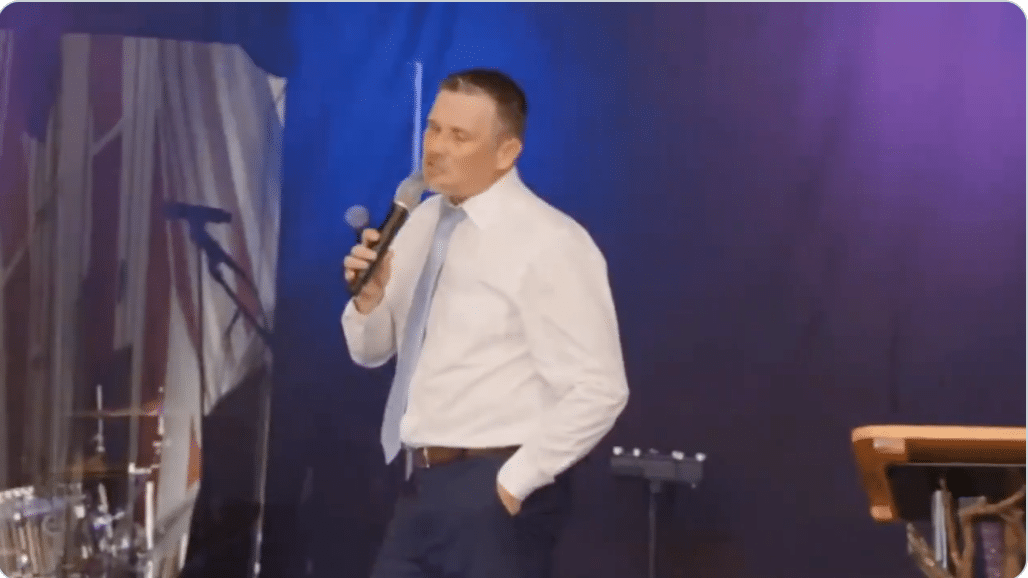 Right-wing pastor Greg Locke will not apologize for being a false prophet after repeatedly guaranteeing that Trump would be reelected because he insists that he got it right: "Donald Trump is the legitimate president of the United States of America." https://t.co/dXYJkWzSlh pic.twitter.com/lnRsKuDhiC

Locke, who is head of Global Vision Bible Church in Juliet, Tennessee, once again claimed that former President Donald Trump is, at least in his mind, the “legitimate” leader of the United States. He ridiculed HBO and other media companies for labeling any supporter of Trump’s unproven election claims to be a member of the “QAnon” conspiracy theory group.

Right-wing pastor Greg Locke used his sermon today to allege that there are child-trafficking "tunnels" under the Capitol and White House and accuse Joe Biden, Oprah Winfrey, and Tom Hanks of being "a bunch of pedophiles." pic.twitter.com/hYC864ir8a

He said he will never walk back his status as a self-proclaimed “prophet” because his prediction that Trump would win is actually “fact.” The pastor, who has made controversial and often fanatical pro-Trump remarks for years, said he mocks any critic asking him: “When are you going to apologize, for being a false prophet?”