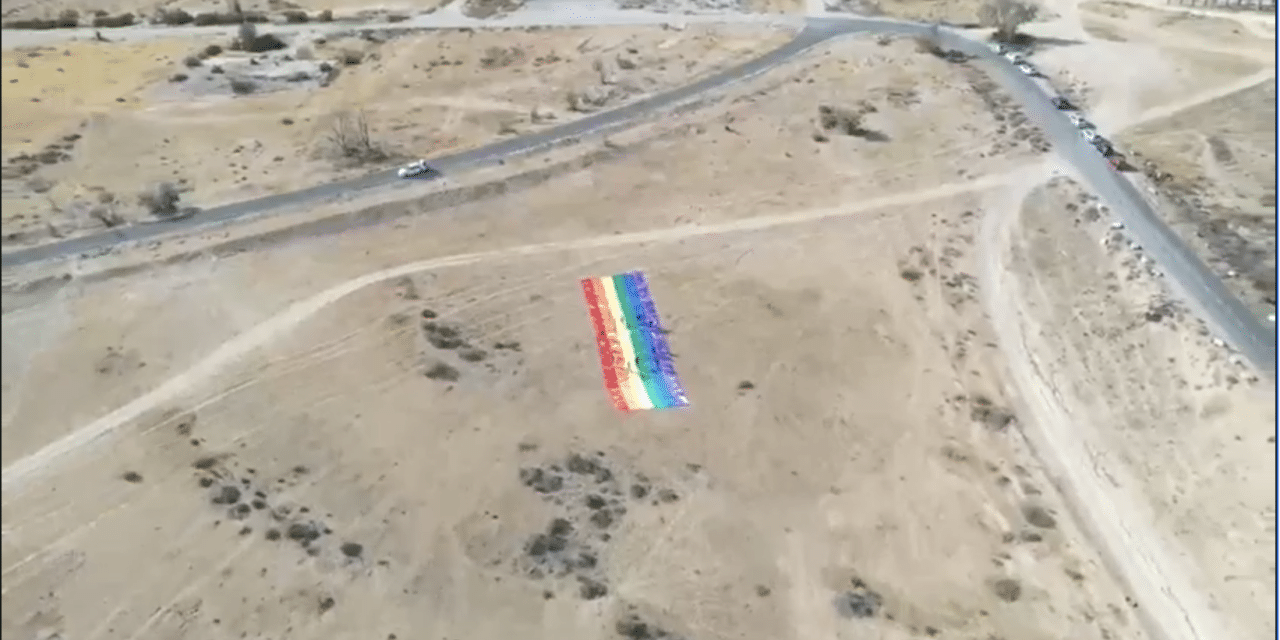 (ETH) – LGBT activists in Beersheba unveiled the largest Pride flag in the Middle East on Wednesday, laying out a huge 30 meter long, nine-meter high rainbow flag at the entrance to the capital of the Negev.

The huge flag was assembled in the studio of Assaf Pren, a local designer, out of six rolls of fabric that came together to form the Pride flag. The project aimed to express the power of the lesbian, gay, bisexual, and transgender community in the periphery and across Israel.

“Sometimes an image emerges through the media that the entire LGBTQ+ community is concentrated in Tel Aviv and the surrounding area, but this is not the case – we are here and everywhere,” said Yoav Meir, who sparked the project. “It is important for me to convey a message to all the young men and women living in the periphery that they should know they are not alone.

The flag symbolizes for me the ability of different shades in the population to live together in harmony, love and acceptance. We are all human beings and we all deserve equal rights, we will continue to fight until the state also recognizes this,” added Meir.

“The huge Pride flag is a testament to our strength and power everywhere,” said chairwoman of the Aguda-The Association for LGBT Equality in Israel, Nurit Shein. “In the past year we have seen and are seeing a local LGBTQ+ revolution across the country and we will continue to promote a safe space for LGBTQ+ people in dozens of local authorities and ensure that we can be who we are proudly.” READ MORE