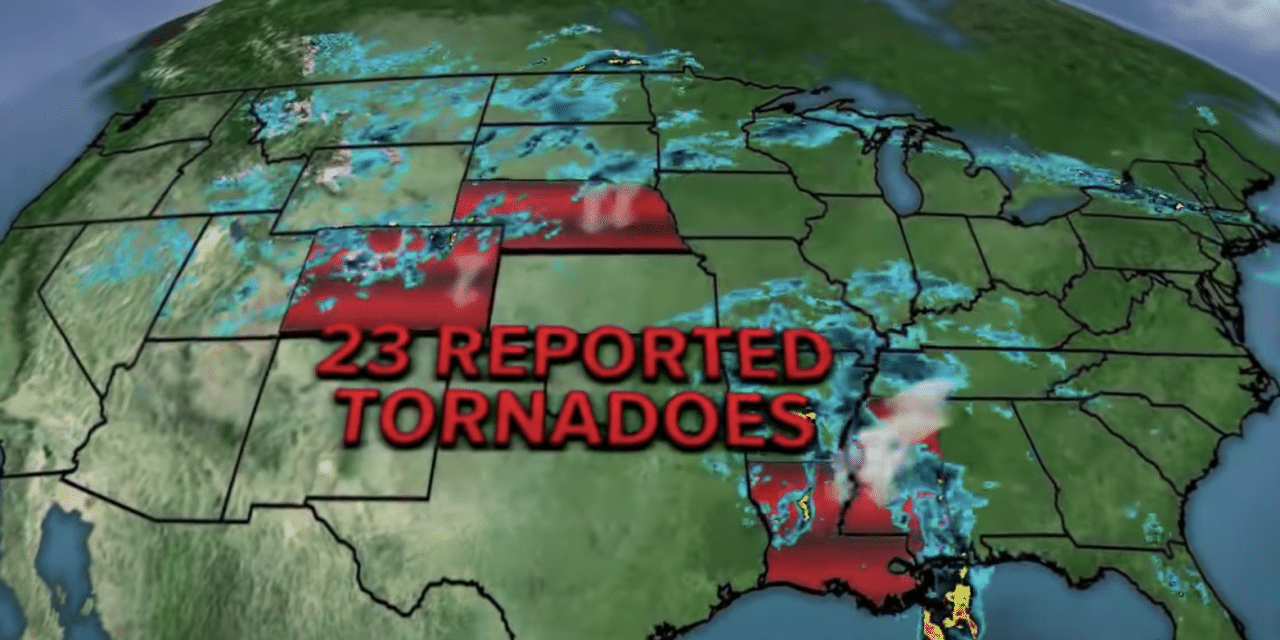 (ETH) – A dangerous storm system that is moving across the South has produced more than a dozen tornadoes and began in Mississippi, where homes were reportedly damaged and trees and power lines were taken downed in Tupelo, where a rare tornado emergency was issued.

“Tornado emergency for Tupelo! This is a life-threatening situation! Take cover now!” tweeted the National Weather Service office in Memphis, shortly before 11 p.m. The twisters left damage in several Mississippi cities on Sunday night and has spun up a tornado that caused much of the Atlanta metro area to take shelter on Monday morning.

According to the Weather Channel, a damaging tornado was confirmed near Elberton, Georgia causing a warehouse to collapse, but thankfully produced no injuries.