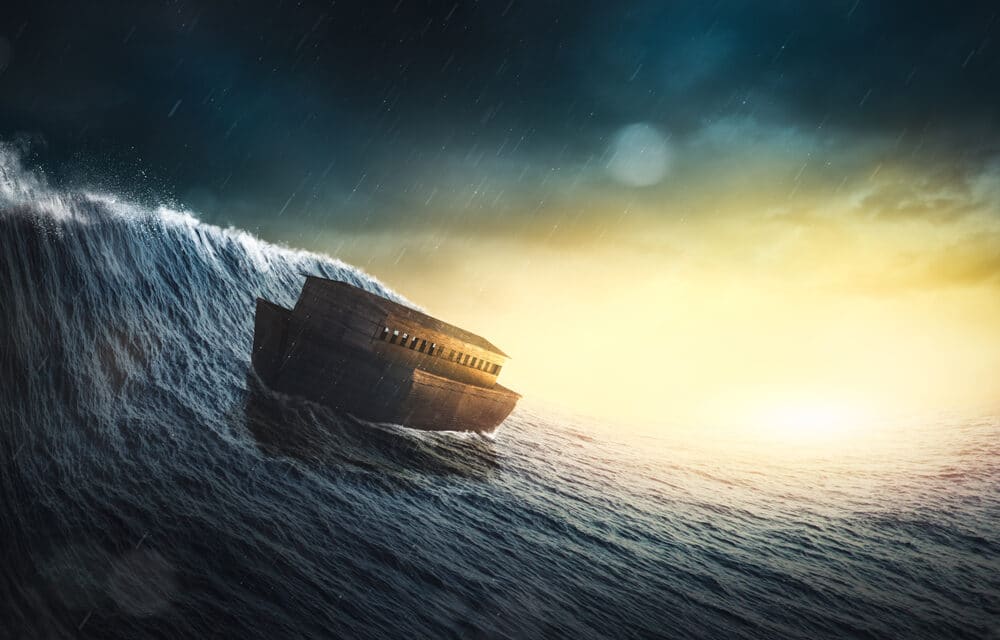 (OPINION) Express – The Bible’s Great Flood is one of the most famous narratives of the religious text, and “marine fossils” found at the top of Mount Everest “may be” proof that it happened, according to a sensational claim.

The flood narrative is found in chapters 6–9 of the Book of Genesis and the story tells of God’s decision to return Earth to its pre-creation state of watery chaos. Noah and his family are said to have been spared – along with two of every kind of animal – by floating a great ark. Genesis 7:18-19 states: “And the ark went upon the face of the waters.

And the waters prevailed exceedingly upon the Earth – and all the high mountains that were under the whole heaven were covered.” Many have questioned the feasibility of the story, with one critic stating: “For the biblical flood to have happened, the water on Earth had to miraculously multiply by about 250 percent.”

Despite this, NASA has confirmed the presence of limestone and “ocean marine fossils” at the top of Mount Everest. Watch Jerusalem, an analyst site that “seeks to show how current events are fulfilling the biblically prophesied description of the prevailing state of affairs of our day,” stated it is evidence that “the territory, at some point in Earth’s history, was covered with water”.

They stated: “If you were to entirely smooth everything on Earth, leveling mountains and filling in valleys and sea trenches, the sea would not only cover everything but the dry land would be submerged some 1.5 miles deep. “So yes, there is enough water on Earth to cover the existing landmass – let alone by the seven meters the Bible says that Noah’s Flood prevailed above the highest peak. “The question, then, must be asked: What are ancient fish doing atop Mount Everest? Is this evidence of the Flood? Maybe. Evidence of the physics, certainly.” READ MORE