How close are we to the return of Christ? 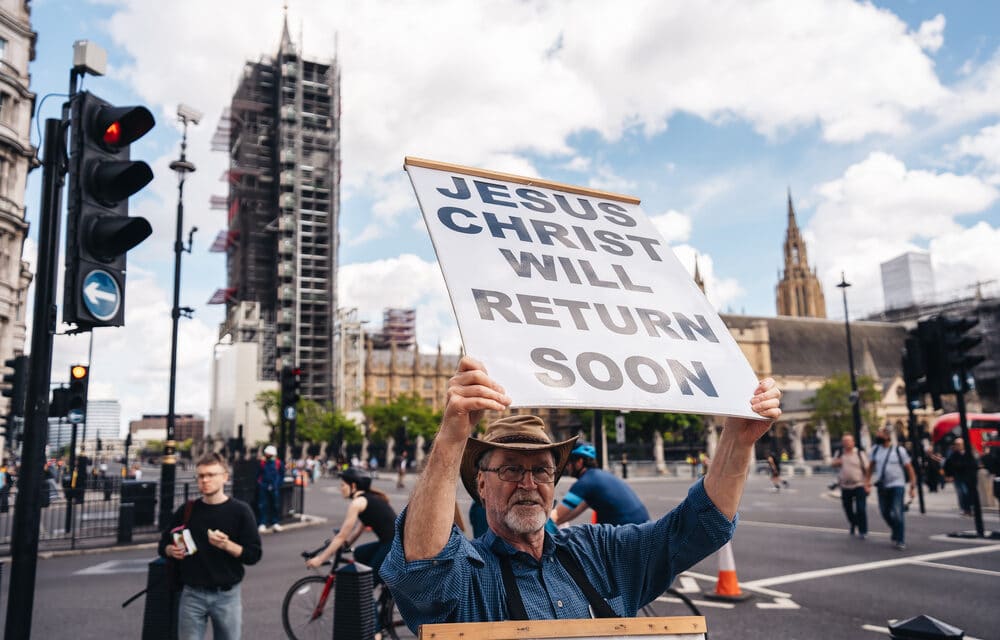 (OPINION) ETH – The past year has been a wake-up call for many people. A global pandemic… Riots and social unrest in countless nations… Fractures in the global economy… And now Israel and Hamas at war.

Everywhere you look, it seems as though the end is near. Is it? What does the Bible say? Are these signs of the Second Coming? Are these events pointing to the soon return of Jesus Christ? Fortunately, we don’t have to guess. Jesus Himself told us how to recognize the general timeframe of His return. When the disciples said, “Tell us the signs of your coming and the end of the age” (Matthew 24:3), Jesus told them a number of things to look for.

He then said, “When you see all these things, you can know my return is near. I’m right at the door” (Matthew 24:33). He also said, “When all these things begin to happen, look up for your salvation is near!” (Luke 21:28). This means the #1 indication Jesus will return soon is all the signs appearing together. Both Jesus and the prophets told us what signs to look for, and the appearance of just one is reason enough to take notice.

But the arrival of one sign after another demands your attention. It’s the sign Jesus said to look for. This convergence of signs is confirmation our generation will witness the Second Coming – not according to me, but according to Jesus.

The Convergence of Signs So what are these signs? Jesus and the prophets pointed to dozens and dozens of signs. This article will only cite a few, but the reality of each one of these signs is undeniable. And their convergence should convince you the return of the Lord is close at hand. These signs include:

Israel Back in the Land – God promised to bring the Jewish people back into the land of Israel before He returned (Jeremiah 23:7-8). He said He would call them from “among the nations” (Ezekiel 39:28), from “the farthest corners of the earth” (Isaiah 11:12), and from “north, south, east, and west” (Psalm 107:3). He promised to welcome them home from the lands where they were scattered (Ezekiel 20:34). When they did, He promised to return and establish His everlasting kingdom (Isaiah 11:11-12).

The Gospel Preached Throughout the World – When asked about the end of the age and the signs of His coming, Jesus said to look for a very specific sign. He said the Gospel will be preached throughout the entire world. Every nation will hear it. And then? And then, the end will come (Matthew 24:14). For centuries after the crucifixion, the Gospel was confined to a small area surrounding the Mediterranean Sea.

In the past two centuries, Christians have brought the Gospel to every nation in the world. Today, missionaries are in every nation. The Bible is translated in hundreds of languages, and the message of Jesus is sent around the world by radio, TV, satellite, and the Internet. This generation is on the verge of spreading the Gospel to every last person on earth. READ MORE