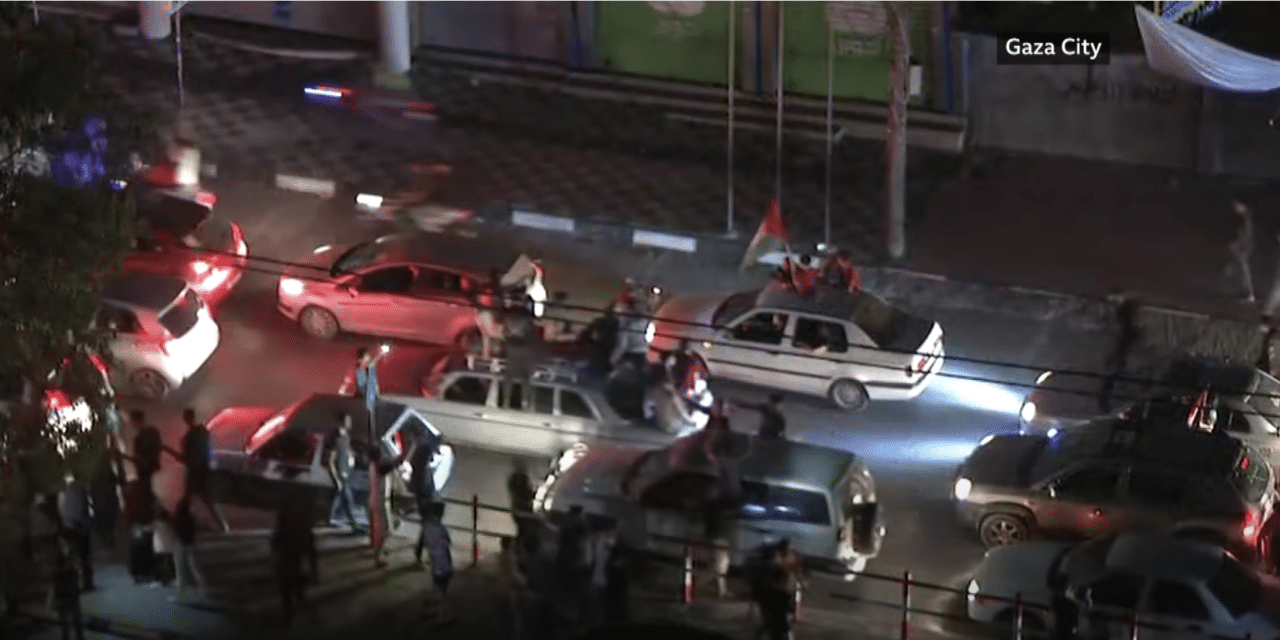 (ETH) – Hamas is claiming ‘victory’ over Israel as cheering Palestinians celebrate in Gaza’s streets by setting off fireworks, showing ‘V’ signs, and waving flags. The militant group’s boast comes despite agreeing a mediated ceasefire, after 223 were slain in airstrikes during the bloody 11-day battle. Celebrations were heard on Gaza streets minutes after the truce began as cars honked their horns and guns were fired in the air, while in the occupied West Bank, joyful crowds also took to the streets.

“It’s a good decision to be honest with you because people from both sides are done with what’s going on,” said Amwrah Dana, a Palestinian resident of Jerusalem. Prime Minister Benjamin Netanyahu’s office announced the surprise truce with a statement from his cabinet calling it “mutual and unconditional”.

Hamas and Islamic Jihad also confirmed that a “mutual and simultaneous” truce with Israel would begin at midnight UK time. “This is the euphoria of victory,” said Khalil al-Hayya, a senior Hamas figure, in front of a crowd of thousands of Palestinians who had gathered in the streets to celebrate.

After the news of the deal was revealed, hundreds of delighted Palestinians thronged the streets of Gaza to celebrate. Some carried guns as they posed for the cameras in front of homes reduced to rubble by the recent barrages. The agreement – brokered by Egypt – closes the heaviest round of fighting between the bitter enemies since a 50-day war in 2014. The fighting began May 10, when Hamas militants in Gaza fired long-range rockets toward Jerusalem after clashes between Palestinian protesters and Israeli police at the Al-Aqsa Mosque compound. READ MORE