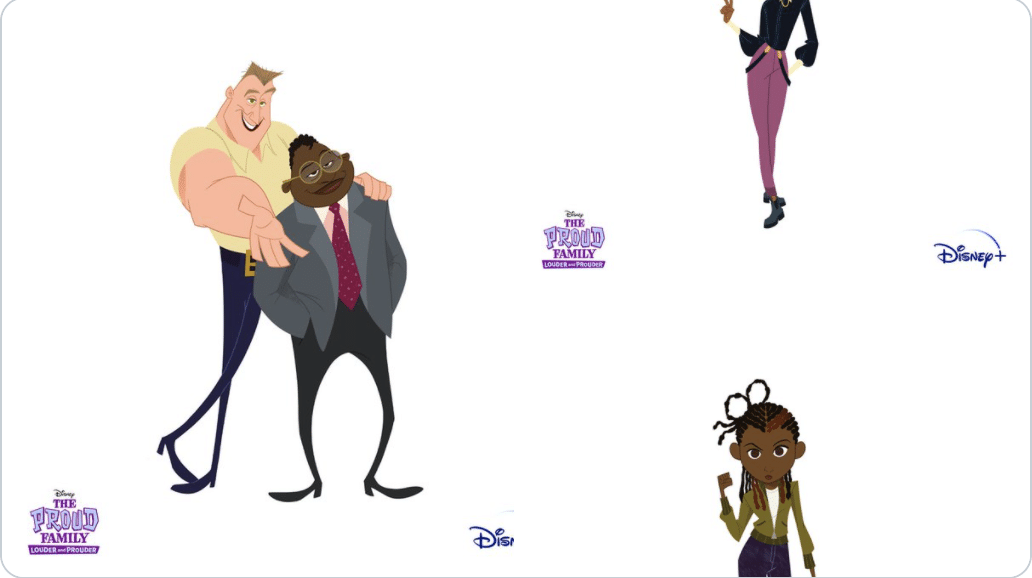 (OPINION) ETH – Disney has just announced that it’s rebooting “The Proud Family” animated series with new characters, including same-sex parents.  “The Proud Family,” which originally aired from 2001-2005 on the Disney Channel, will reportedly relaunch on Disney Plus in 2022.

According to Christian Post, Disney’s streaming service just announced that a same-sex couple will be among the new characters introduced in the reboot. The announcement came from a recent tweet on Twitter Wednesday, Disney said: “New crew coming through to #TheProudFamily: #LouderandProuder!

Meet Maya’s parents, Barry & Randall Leibowitz-Jenkins, voiced by @ZacharyQuinto & @TheeBillyPorter.” The announcement of the same-sex parents’ inclusion in the reboot comes after Disney Plus previously announced that actress Keke Palmer would be joining the relaunched series,

“The Proud Family: Louder and Prouder,” as a new character, “14-year-old activist Maya Leibowitz-Jenkins.” The inclusion of a same-sex couple on a forthcoming reboot of an animated series is not Disney’s first attempt to include LGBT characters and activism in its children’s programming. The Christian Post stated:

“Last year, Disney and its animation studio Pixar produced the feature film “Onward,” featuring a lesbian character as well as the short film “Out,” which became the studio’s first production to feature a gay main character. Additionally, the creator of the Disney Channel cartoon “Owl House” revealed last summer that the lead character in the series is bisexual”.

“Disney began introducing LGBT characters in its live-action programming several years ago. In 2017, the Disney Channel series “Andi Mack” featured a same-sex teen romance. The inclusion of a “gay moment” in the 2017 live-action Disney movie “Beauty and the Beast” led to calls for a boycott from Christian leaders”.