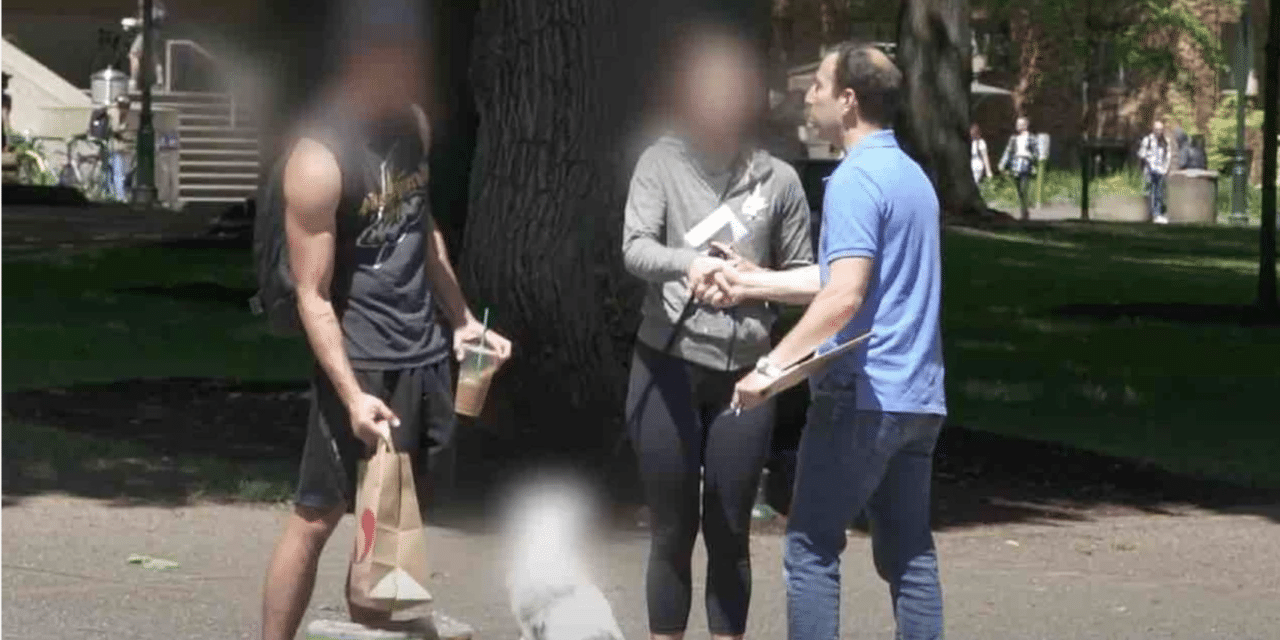 (OPINION) ETH – Ami Horowitz — a creator of digital shorts that throw conservative light on sociopolitical issues — is at it again. Horowitz decided to pay a visit recently to left-wing bastion Portland State University to pose as a worker for “American Friends for Hamas” —

a made-up group — who asks students to pledge donations in order to assist the terrorism-loving organization to carry out its mission to “destroy Israel.” And boy, did Horowitz lay it on thick for the camera. “We’re not your father’s terrorist organization,” he told students without a hint of tongue in cheek.

“We’ve kind of evolved beyond that. It’s still kind of what we do, but we’ve kind of rebuilt and rebranded ourselves and, you know … Hamas is where it’s at!” Horowitz even added the telltale rolling tongue on the “H” for extra Middle Eastern authenticity.

He proceeded to tell students that his group was raising money to help “fund operations against Israel” — and that they were looking to hit “soft targets” in “civilian populations” such as cafes, schools, hospitals, and places of worship to “make ’em feel it.” And no students seen in the video ran for the hills upon hearing Horowitz’s genocidal pitches.

“That’s the only way you can fight back, really,” he said. Horowitz even likened a “suicide bomber” to “kind of like the poor man’s F-15.” “Right, right,” one student responded in apparent agreement. READ MORE