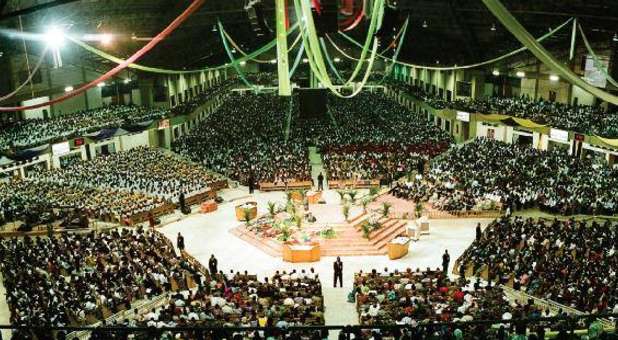 (OPINION) Charisma – If you have not traveled overseas much, or not lately, make sure Nigeria is one of your first destinations when you do. It is simply shocking to witness a modern revival as it is unfolding and to see its far-reaching implications.

As a backdrop, let me describe for you what has happened in the past 30 years. Nigeria has a population of 205 million people, by far the largest in Africa. 30 years ago, Christianity was about 20% of the population. Today, more than 50% of the population identify as Christian (some leaders say substantially more, but the data is repressed by the government in fear of Muslim animosity). As a result, there are now tens of millions more believers, and tens of thousands more churches, than 30 years ago!

Let me give a couple of examples: Bishop Oyedepo leads Winners Chapel, which seats 50,000 people, and he fills it eight times each weekend. I have been there, and it is overwhelming to see so many people worshipping!

Bishop Adeboye leads a Nigerian denomination called the Redeemed Christian Church of God. When he became the leader over 30 years ago, there were about 1,000 people in the entire denomination. Today, there are upwards of 15 million people—40,000 churches in Nigeria with 8,000 more around the world! For his annual church conference, he hosts 3 million people for a week, where the pastors come in advance for training and inspiration. All 40,000 pastors come every year!

Then there is Dr. Paul Enenche. He and his wife, Dr. Beck Enenche, (both are medical doctors) lead a church called Dunamis Gospel Center. The main sanctuary seats 100,000 people! He does three services each Sunday: 6, 8, and 10 a.m. His auditorium is called the Glory Dome and is a sight to behold, and tens of thousands stream in for each service.

I recently returned to Nigeria at Dr. Paul’s invitation to train his staff on effectively reaching and discipling the next generation. It seems that although revival had been in process for 30 years, it has not impacted the younger generation (much like the revival in South Korea—which, at its height, had 33% of the population, but today only 1.7% of the youth are Christian).

Despite filling his auditorium each week, Dr. Paul, instead of basking in that success, wanted to learn the best practices curated from churches around the world, which I present in a master class, Exponential 101. As I presented the content of the master class to 400 of his staff and 100 other pastors under his umbrella, they were so filled with hope.

Like many pastors, they know they are not reaching the younger generation but do not know what to do, or if anything can be done, to make a significant impact. They were so excited to hear the stories of pastors around the world who are growing their churches by reaching and discipling those most likely to come to Christ, the youth. The hope in the room was palpable as they contemplated their future. READ MORE