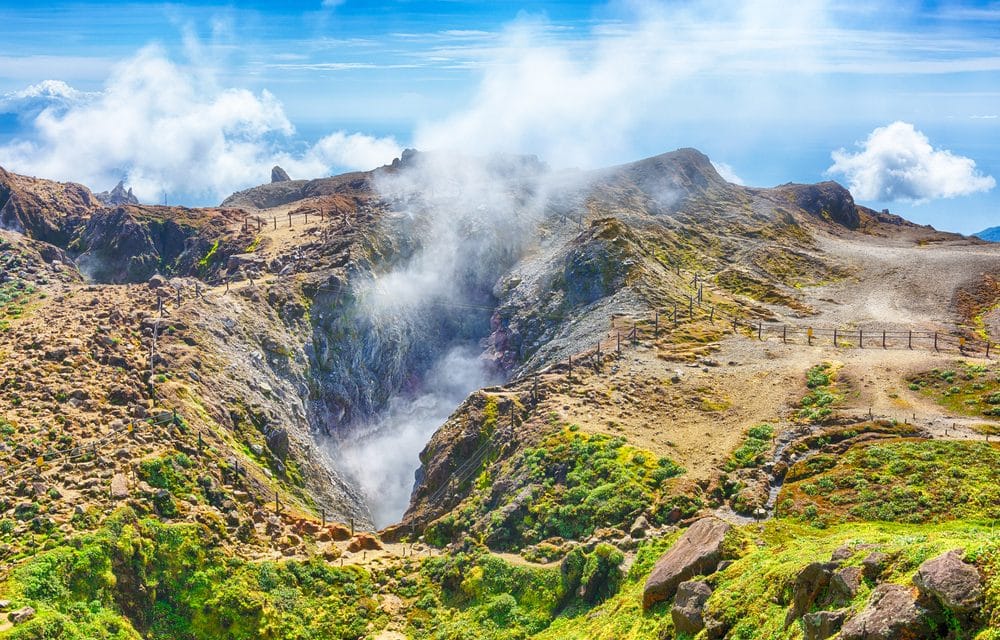 (ETH) – Residents of the Caribbean island of St Vincent have been ordered to evacuate immediately after officials have issued a red alert after seismologists warn of La Soufrière volcano showing signs of an imminent eruption.

According to the Guardian,  Prime minister, Ralph Gonsalves, has issued the order after several days of increased seismic activity. According to a statement released by the country’s National Emergency Management Organisation on Twitter, there was a “substantial prospect of disaster”, and warned local residents to “be ready, get your things in order”.

1. The steaming/smoking at the La Soufriere Volcano has increased over the last few hours.

“Safe areas where people will be evacuated to are from North Union to Kingstown, on the Windward side of the island, Barrouallie to Kingstown on the Leeward side, and the Grenadine Islands,” Nemo tweeted. According to geologist Richard Robertson, La Soufrière could erupt in a matter of hours or days, according to the St Vincent online newspaper News 784.

This comes as monitoring stations have continued to report long earthquakes, suggesting that fresh magma was reaching the surface, and indicated that the volcano was moving to “an explosive stage”. Video has also surfaced on social media showing a plume of smoke towering above the volcano, which is the highest point in the island country of Saint Vincent and the Grenadines.